I can hardly believe my littlest E is now a full-fledged 18-month-old! He's walking (and occasionally running) all over the place these days and his vocabulary is increasing by the minute! He LOVES all things "ball!" (basically anything remotely round or spherical, whether flat or 3-dimensional, is considered a "ball" in his world) and has a pretty hefty appetite, as his sister and brother did when they were his age. His smile is the BEST and his giggle is killer! He is SO MUCH FUN and I just adore him to pieces! I can barely recall when LO and Chase were still little like him, but I'm pretty sure this age is just all-around the best and so totally fun!

He had the privilege of visiting the doctor's office today for his 18-month well visit, which included TWO shots (the poor babe!). He did super great and overall the doctor was pleased with his growth and progress. He's sitting at a whopping 9th percentile for weight, 14th percentile for length and 41st percentile for head circumference. So basically he's a tiny, short toddler with a big ol' noggin! LOL!

He's still working on getting some new teeth in, most of which are now molars. That's fun. But for the most part, he's been a real champ! Last week he had a bout of high fever and needed some extra cuddles. Lucky for him, not only was Mommy nearby, but his Mona was there to snuggle him, too! 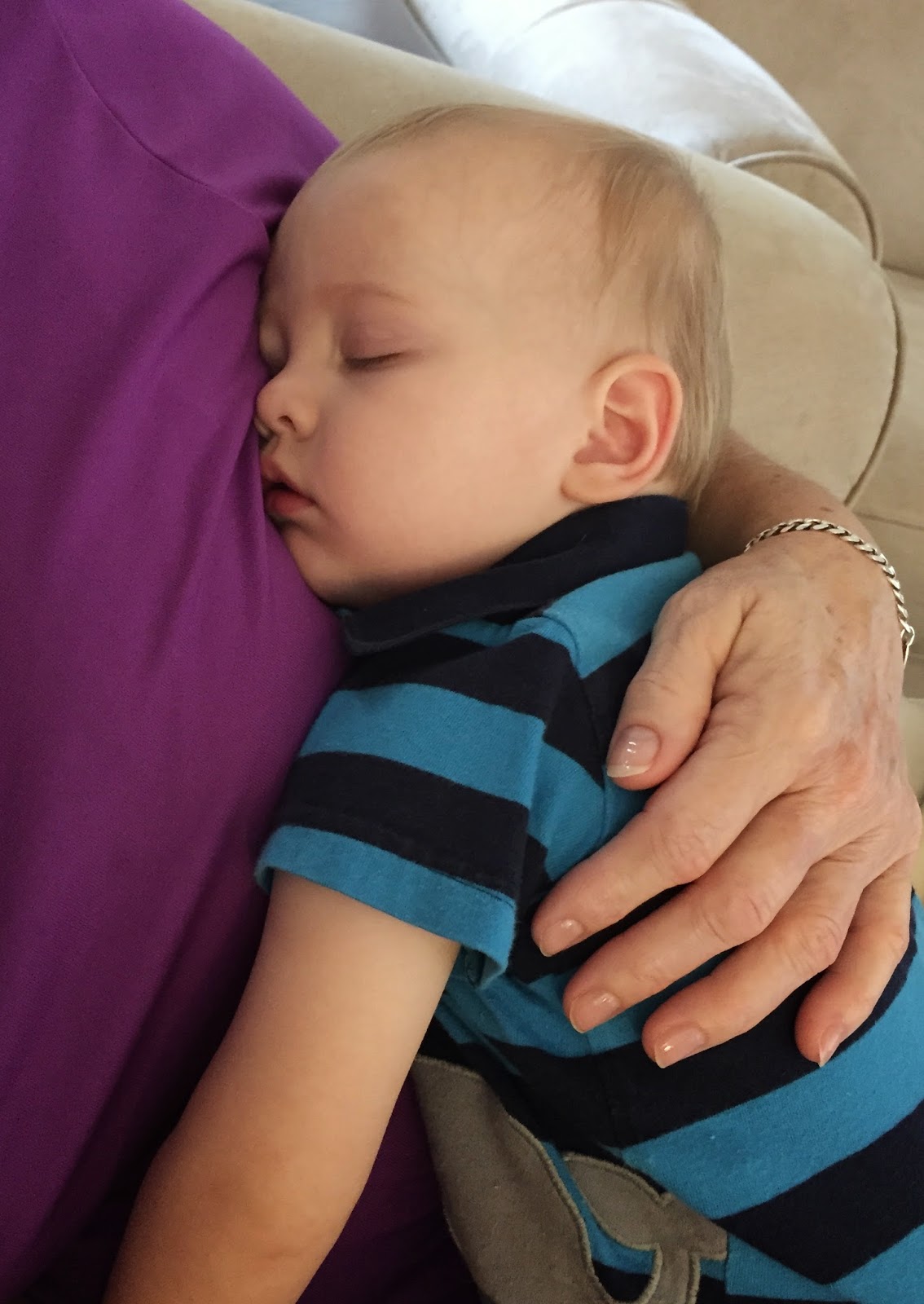 E is such a clown and LOVES to make everyone laugh! He finds that if he does something once and someone laughs at him, then it's totally worth doing again. And again. And again! He especially loves to act crazy and imitate his big sis and big bro, almost always garnering a chuckle from one or more of his audience.


Here are a few more videos of this silly boy of ours!

Phew. I feel such a sense of relief to have finally written a post about little E! I think it's been since his birthday 6 months ago that I wrote a post devoted to him! Seems I did a great job of blogging LO's early years, and of course I obviously posted a LOT about all that was going on with Chase when he was a baby, but I guess this whole "third child" thing combined with homeschooling combined with all of the other things that vie for my time have left me with little time to blog! I'm really trying to do better about that because this blog basically serves as my memory because, as the three kids may indicate, I can't remember much about anything anymore! LOL!
Posted by mom2lo at 4:23 PM