Here in the midst of coronapocalypse, I thought it would be nice to share some fun news to take my mind off everything going on in the world right now.

So last Saturday, our sweet little Squish had a big day! He {finally} transitioned from a crib to a toddler bed! This sweet boy will be 3 in about 10 weeks, and while he was fine in the crib for the most part, there had been a few instances where he found his way OUT of the crib. Most recently, about a week ago, we heard a loud T-H-U-D during afternoon rest time, followed by Squish casually walking out of his room and heading downstairs. We thought it was hilarious, and while we were super grateful he must have stuck the landing, we figured it was about time to get him transitioned to a toddler bed.

My mommy heart was dreading it just a little bit. Squish has been our littlest baby for so long! But alas, with his little brother's pending arrival in less than 12 weeks (!!!), I begrudgingly decided it was time to start referring to him as my "big boy" instead of my baby. *cue tears*

When I went upstairs last Saturday to get him up following nap time, I was armed with a set of 1,382 different sizes of allen/hex wrenches, prepared to remove the four screws that held the front panel of his crib. He sat in his bed and was all kinds of curious as to what I was up to. I managed to successfully remove the screws, and then we counted to three! Check out the video below. Please note the insanely adorable sound he makes when the front panel is first removed. LOVE.


((Please disregard the missing section of wall paper on the wall behind his bed and the fact that his crib was in the center of his room. He pulled off little sections of the paper when his crib was against the wall, so hubs cut out a large rectangular section to replace it. That will be done... eventually.))

Squish was super excited about the new bed situation! He loved the freedom to get up and down as many zillion times as he wanted. I did put up a white mesh panel that covers 3/4 of the side so he wouldn't fall out of bed at night. Here he was the first night at bedtime. He couldn't be more proud of his big boy bed! 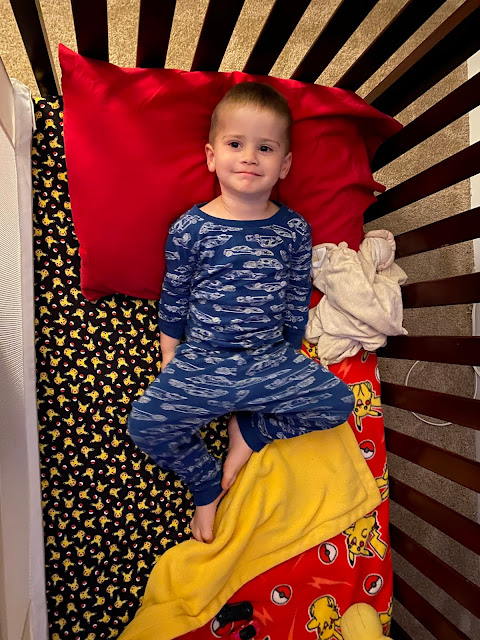 And get this, y'all: he didn't make One. Single. Attempt. to come out of his room after we put him down for the night. Not one. He played in his bed, and I'm not even sure he got out of it at all that first night. And apparently it was a great situation for him because he slept very well. In fact, he was still out cold at 9:21 AM the next morning! 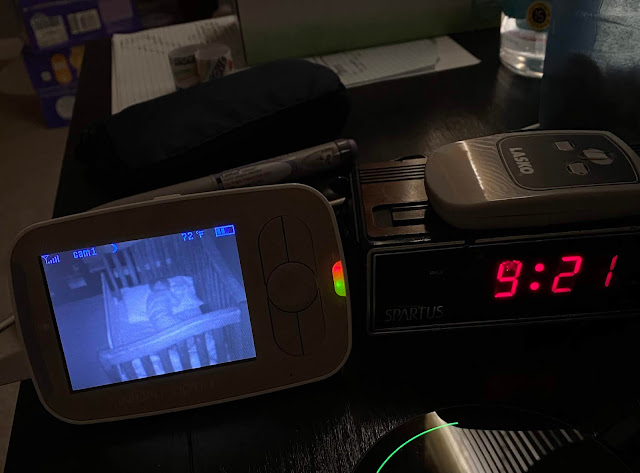 The rest of the week has been just as awesome! In fact, after rest time, he will wait for hubs or I to talk to him through the monitor to give him the a-okay to open the door and leave his room. How courteous, amiright? And most mornings he just chills in his bed until we either come up to get him, or tell him to come downstairs through the monitor. This kid is winning, y'all!

I just love this crazy sweet boy of mine, and I'm so proud of how well he's been doing with his new bed! He loves to play with his cars (and shoes in the closet) during his afternoon rest times, so he pretty much no longer takes any sort of nap in the afternoons. He might be a little bit more grouchy than usual by bedtime (aren't we all?), but it doesn't matter to me! He goes down each night so well and sleeps so soundly!

I'm glad we were able to make this happen now so he has a good three months to settle into this routine. Once Cinco arrives, things will change up again as we add a crib to their bedroom and start (eventually) making preparations to welcome our newest and final family member!
Posted by mom2lo at 3:30 PM