Y'all, it's hard to keep this blog updated. Sweet Cinco turned 3 months old in September and I still haven't taken his 3-month pictures! He'll be 4 months old in less than a week. I'm telling you... I'm starting to realize there's something to be said about being the youngest of five... I'm going to owe Cinco some apologies when he gets older! LOL!

Regardless, here's a quick pic of him at 3 months having fun in the bath! 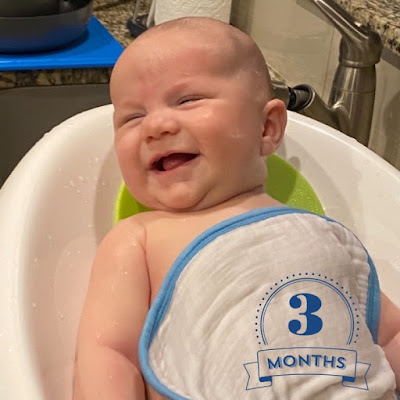 Overall things are GOOOOOOOOD with this sweet baby! He's such a champ! He eats about every 3 hours during the day, and usually sleeps for 8 or 9 hours at night. He's so happy and smiley! Our only real struggle is the continued spit up issue, and he's taking Pepcid to help with it. I'm not sure how much it's actually helping, though. I'll talk to his pediatrician at his 4-month well visit later this month to see what else we can do.
A big milestone for this sweet muffin was his first time in the Jumperoo! We bought this for LO 13 years ago... and all of the boys have used it since, too! For the record, his feet do hit the floor... he's just "mid-jump" in this pic with his legs curled up. Hahaha! 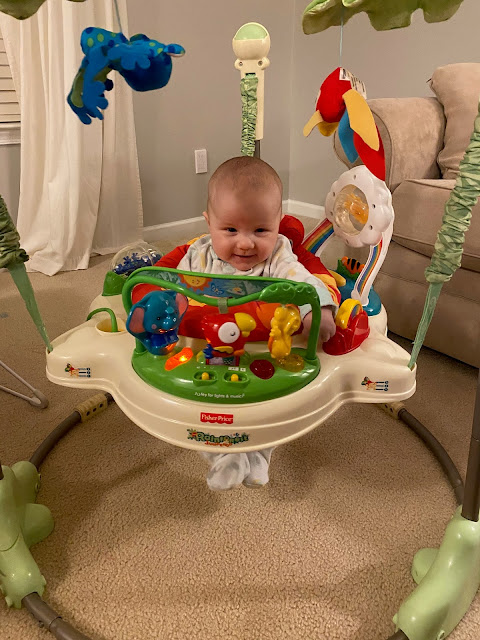 Just for fun, here are the boys in the jumperoo!
CHASE: 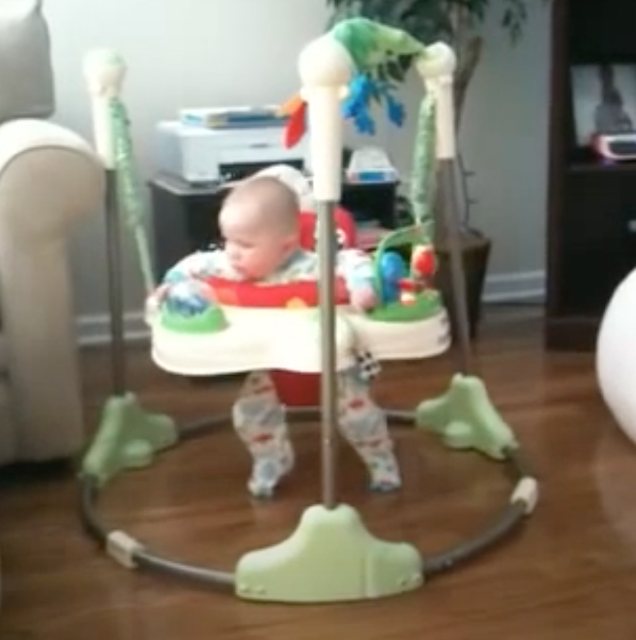 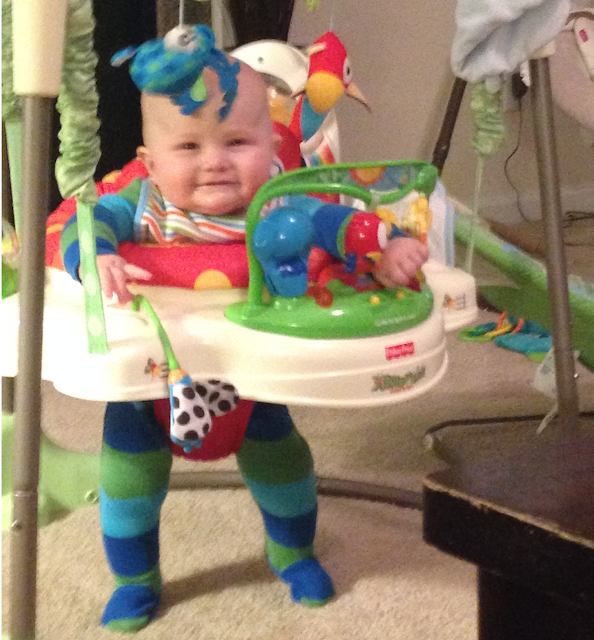 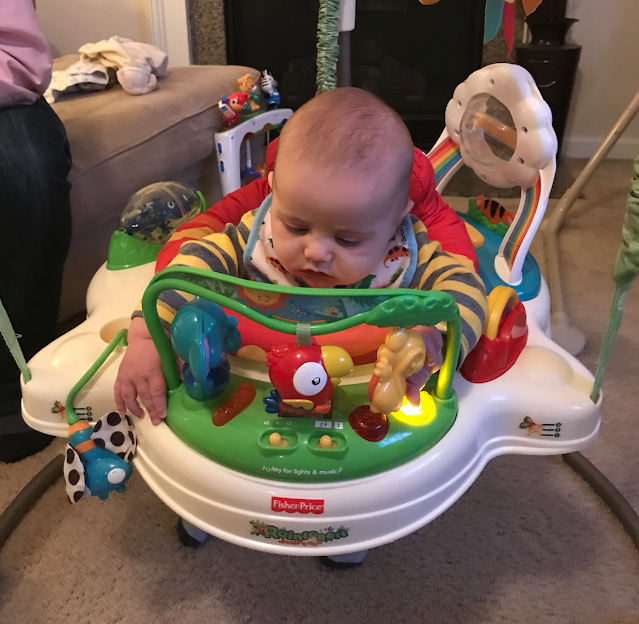 Another fun milestone during month 3 was Cinco's first trip to the beach! We had a blast! I should definitely write a post on that first family trip out of the house since COVID hit! 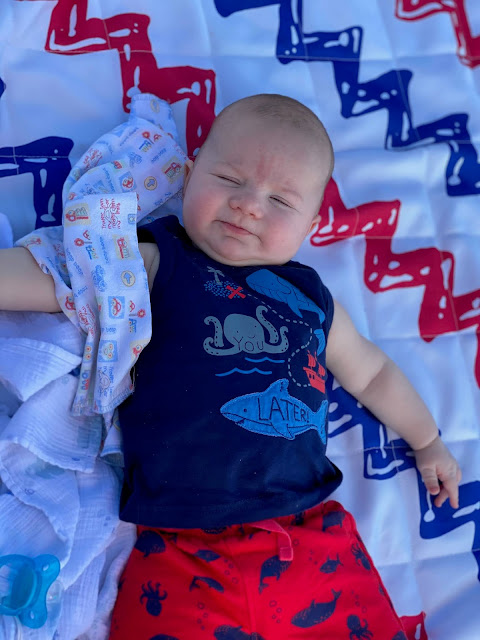 Guess that's it for now! I obviously should start working on his 4 month post sooner than later! LOL!
I just love my sweet Cinco! 💙
Posted by mom2lo at 11:43 AM