Yesterday we were finally able to begin on a very special project that's been about 3 months in the making: LO's new room! I was so excited to FINALLY be able to get this done for so many reasons. I honestly had wanted to do LO's room before we did Chase's room, but it just didn't work out. I'm also excited to get her room completed so we can finally get the baby's nursery ready! The countdown is sitting at just over 5 weeks before his arrival, which is cutting it close in my opinion. ;)

So all we did yesterday was clear out her room and paint. Since we had all day Friday as well as Saturday until around 6pm, I wasn't in a huge hurry and it was nice to just get things done without stressing out.

Here's her room before paint: 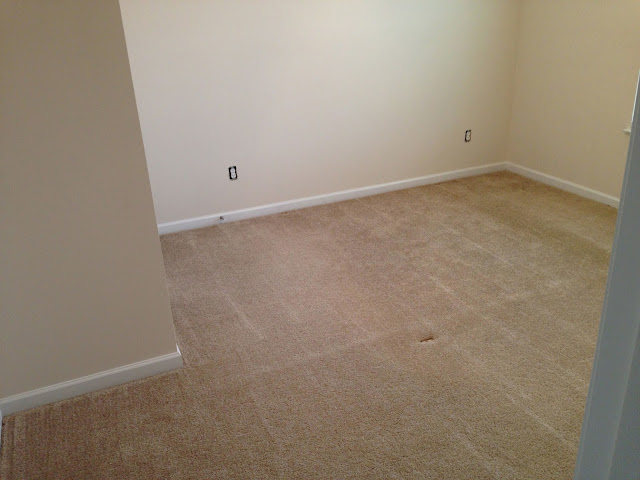 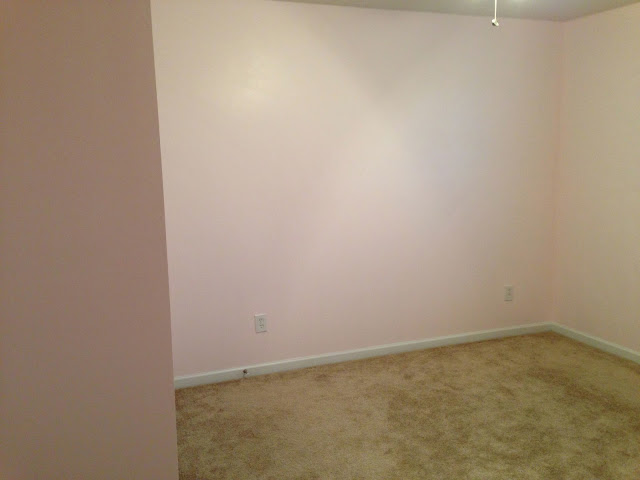 I'm so thankful I chose the color I did. I tried 3 different paint samples and this one was the lightest by far. See? It's the one in the middle. 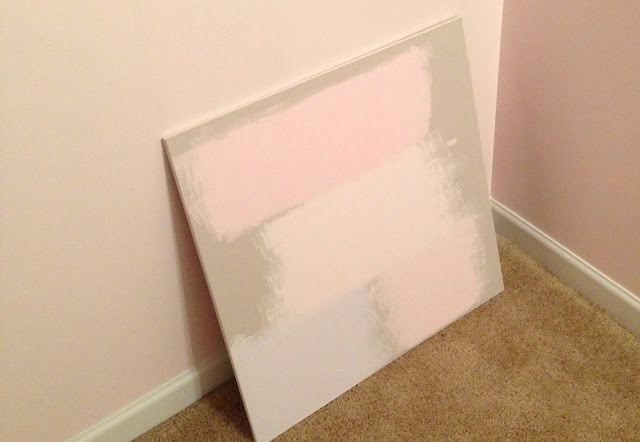 I was a bit concerned it wouldn't be pink enough, but I would MUCH prefer the walls to be "under-pink" than look like Pepto-Bismol or a Barbie explosion. I knew that while the sample looked very pale, once it was up on all 4 walls it would be much "louder" and I was right! But thankfully it's just pink enough without being too pink. I think it'll give a nice contrast with the white furniture and accents I have for the space.

Today we plan to get her new furniture moved in and assembled, wall hangings up, ceiling fan replaced with the chandelier, bed made, accents in and -- a most exciting bonus detail that she'll adore -- tiny stars up on the ceiling. We have plenty of time and there is zero stress with this project, which makes me crazy happy. I can't wait to share the official before & after pics soon! Wish us luck! ;)
Posted by mom2lo at 9:14 AM