I hate writing these posts. But the whole purpose of this blog is to help me remember important events, milestones, etc., and I know several of you who read my blog have been following Chase's journey with his congenital heart defect, so here goes!

Chase had his 6-month appointment with his cardiologist last Friday. We were curious how things would look because we've seen some not-so-great signs with Chase over the past few months. But let me back up a minute with a quick refresher of things (since it's been so long since I've posted regularly out here!):

Okay, so that was a super-brief recap to get us to where we are now. So kids with HLHS have low O2 saturations at birth, like in the low 80s, and they pretty much keep the low sats until after their third surgery, the Fontan. After the Fontan, HLHS kids typically get up to their highest O2 saturations, in the high 90s, which is where they stay for their lifetime. During this surgery, they leave a small hole, or fenestration, between the extracardiac conduit and atrium. Typically this means their O2 sats will be a bit lower than the high 90s, for a period of time, until the fenestration is closed. Once it's closed, their sats reach the high 90s.

Here's a graphic representing post-Fontan blood flow, including the fenestration: 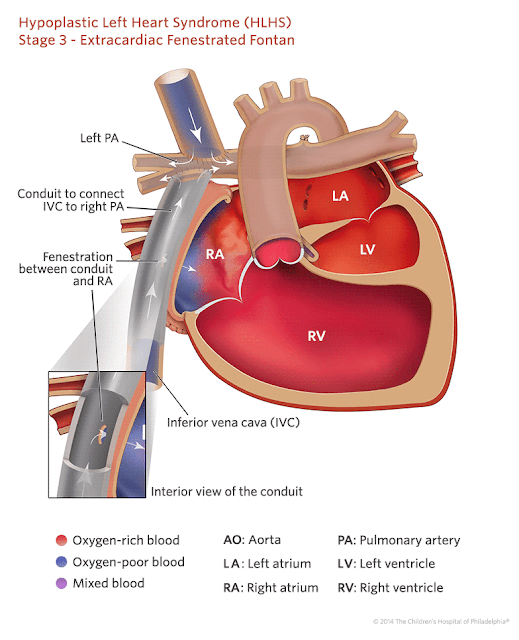 For many kids, the fenestration closes on its own over time -- usually within a year or two after the Fontan. For other kids, it does not. Chase falls into the latter category. His sats initially improved after his Fontan, from his usual low- to mid-80s, up to low 90s! His color was much better as well -- his nail beds were pink and his lips weren't as blue. Yay!

However, over the past 6 months or so, we've started to notice his coloring changing back to his pre-Fontan coloring (basically more blue than pink). We monitor his O2 levels at home, and we started to see them declining. At this point, they are back to where they were pre-Fontan (low- to mid-80s).

All of this brings us to the results of his appointment last Friday. I have to say here that he handled this appointment like a CHAMP. Weight, height, blood pressure on ALL FOUR limbs, O2 sats, echo... he was amazing!! 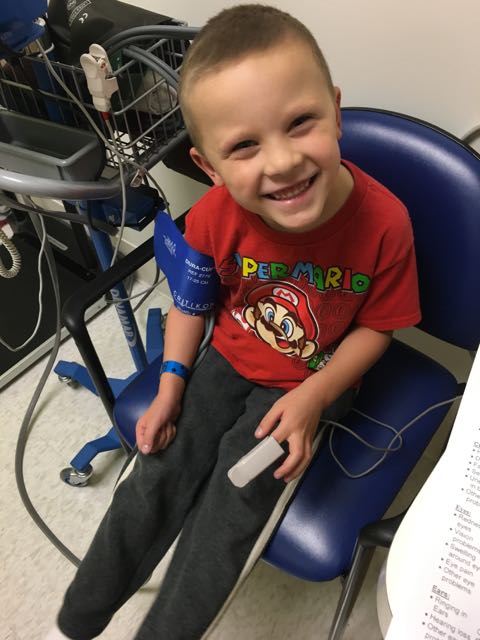 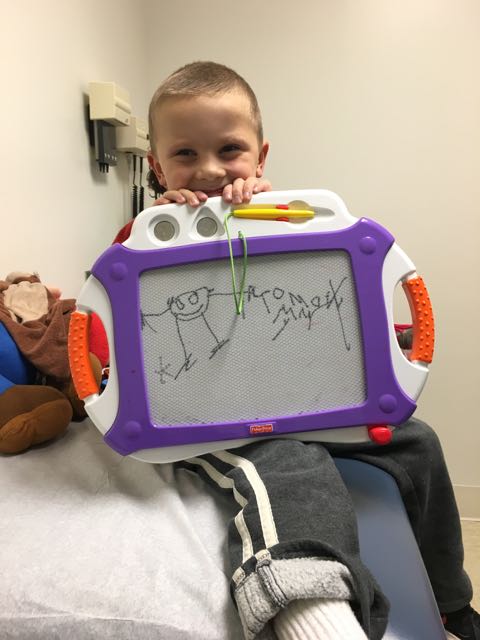 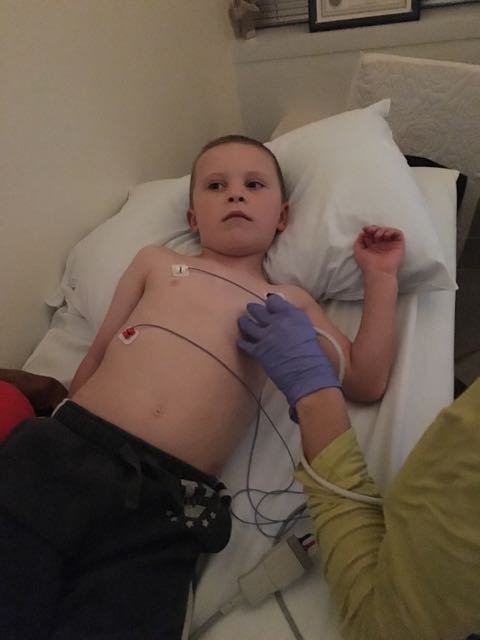 Well, his cardiologist agreed that his sats are lower than we'd like, so we are now awaiting a call from MUSC to schedule an interventional cardiac catheterization. During the cath, the interventional cardiologist with measure Chase's current pressures, then perform a test occlusion of the fenestration. Basically this means he will temporarily close the hole that was left during his Fontan surgery. Once the hole is closed, they will then measure his pressures again. If he responds well to the temporary closure and everything looks good, they will proceed with permanently closing the fenestration. This should cause his O2 sats to increase closer to the preferred range for post-Fontan kids -- the high 90s.

So, we are waiting for a call from MUSC (within the next week or two) to schedule his cath procedure. His cardiologist, hubs and I all agreed that we would prefer to get this done sooner than later, so we will probably be heading to Charleston very soon -- within the next month or two. This type of procedure typically requires an overnight stay for observation and monitoring, and we are hopeful it will only be one night (for those who don't know, hospital time is waaaaaayy different than "normal" time).

I will update here with more information as soon as we have a date set and/or additional details. In the meantime, please keep Chase in your prayers! We haven't discussed this upcoming procedure with him (or our other kids) because we don't want to stress him out with it looming over his head, especially since we don't even have a date set yet. But I'm concerned that he will be very unsettled by the idea now that he is definitely old enough to understand everything that will be happening. And unfortunately, the most recent hospital experience he will recall was his Fontan, which was a week in the hospital and a TON of tubes, wires, and general uncomfortableness. On the plus side, since he is older now, we should be able to help manage his expectations since we can explain everything in more detail now. Regardless, this isn't going to be fun for any of us -- especially Chase. We covet your prayers in the coming weeks!

Thank you to all of you who have followed along on our journey and supported us along the way. We are so blessed to have your love and support!
Posted by mom2lo at 7:52 PM