Well, he did it! This miracle son of mine is now SIX. What a blessing! 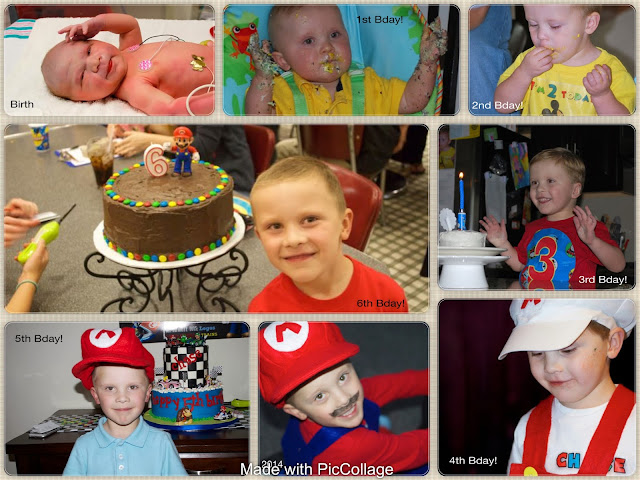 Ready for a play-by-play of our last two days of celebration? Let's do it!

We celebrated big time with this kiddo this year. He wanted to party at the local fun park, so party we did on Sunday (the day before his actual birthday).

He started with some games in the arcade: 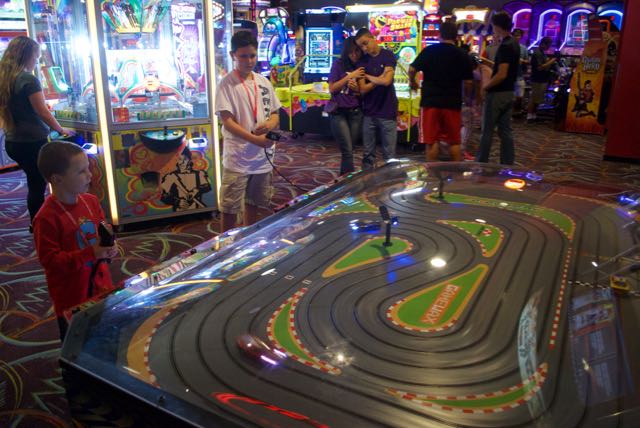 Then headed outside with his buddies for his favorite: GO KARTS!! 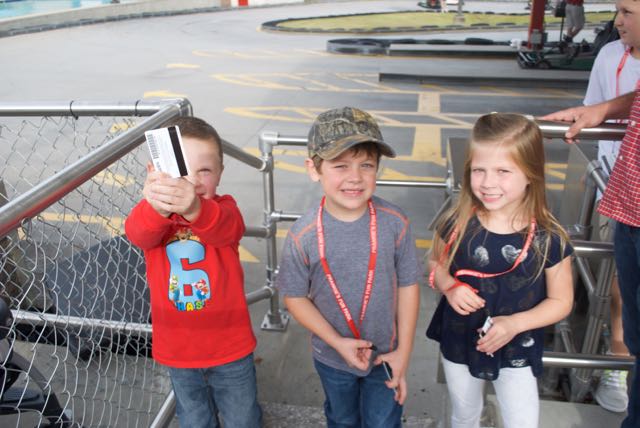 E, meanwhile, was on point all evening as the entertainment of the party. He was so in charge. 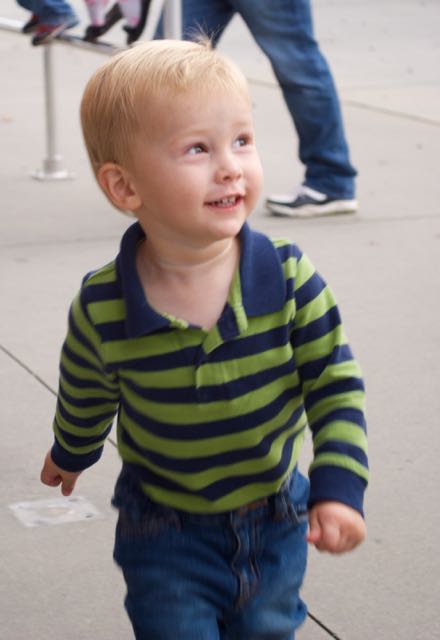 After some fun arcade games and attractions, we headed inside for dinner! 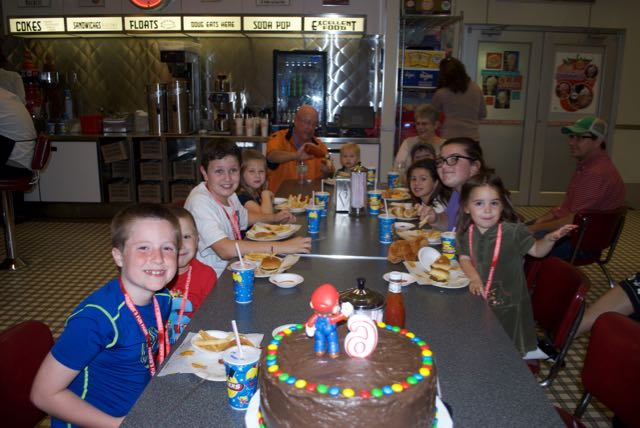 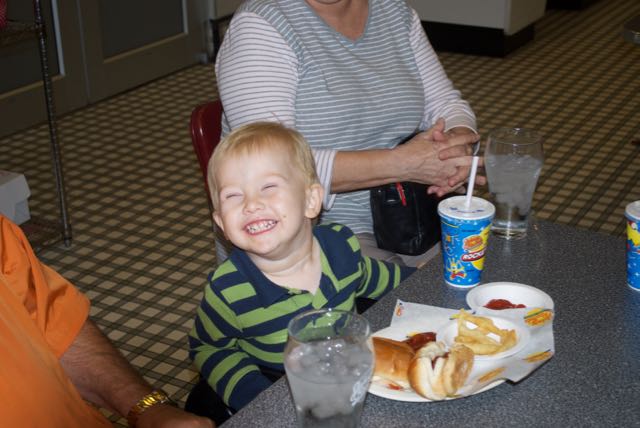 After dinner it was time for cake, of course! 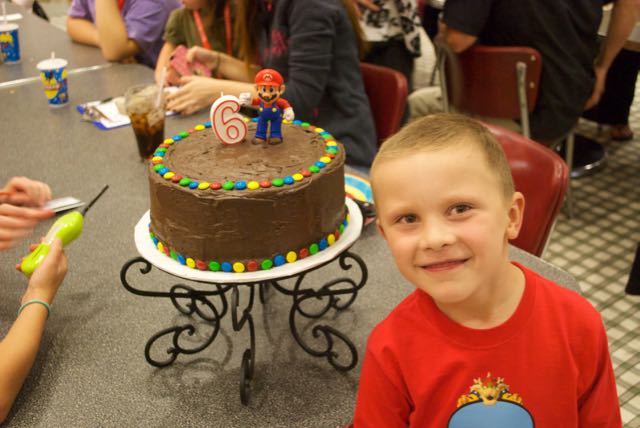 Chase gave me very specific, detailed instructions for his cake this year. It needed to be chocolate, with chocolate frosting, and chocolate chips, and M&Ms. I think I was able to successfully create his cake vision! 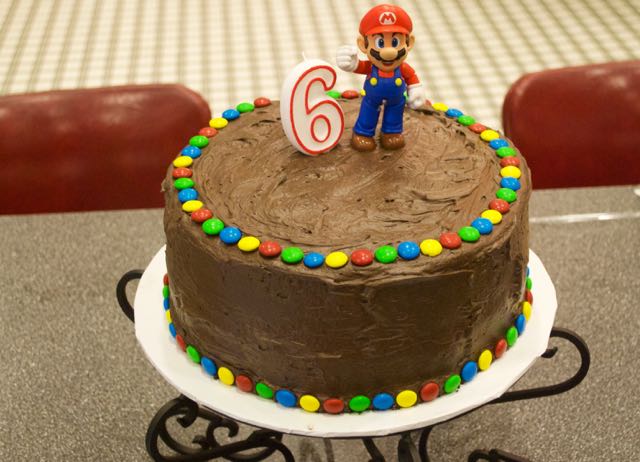 Some singing and some cake later, it was time for presents! Yay! 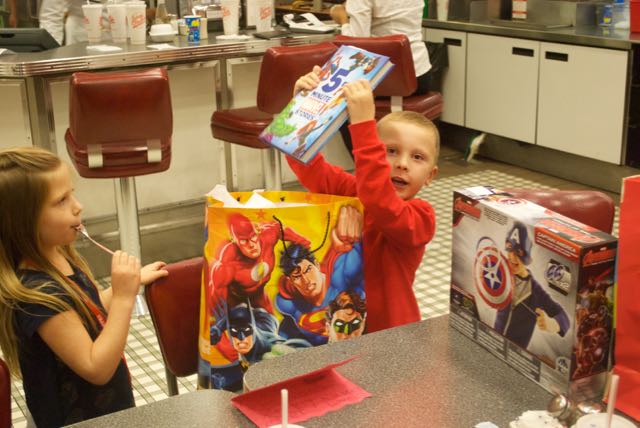 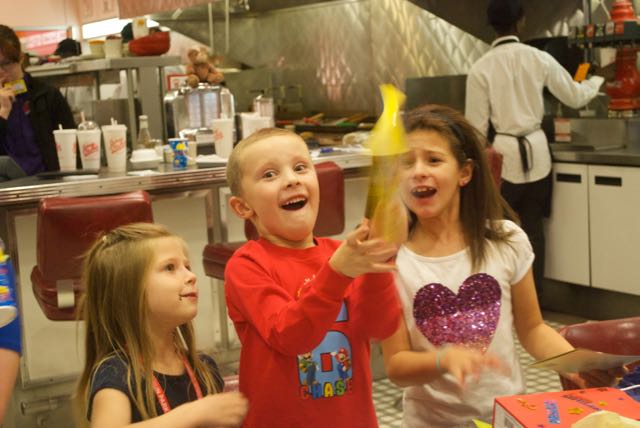 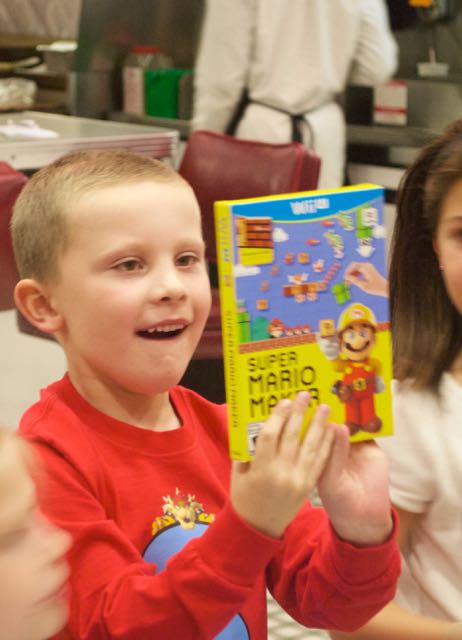 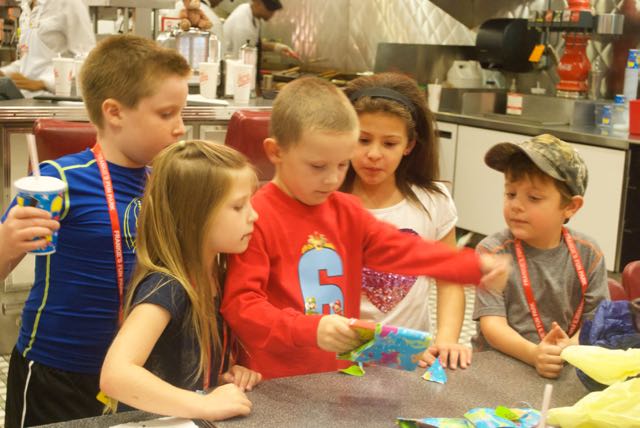 After Chase finished with his gifts, the table cleared out as all of the kids went back out to hit the arcade and attractions. But Chase? Well, he returned to his cake and ice cream of course! LOL! 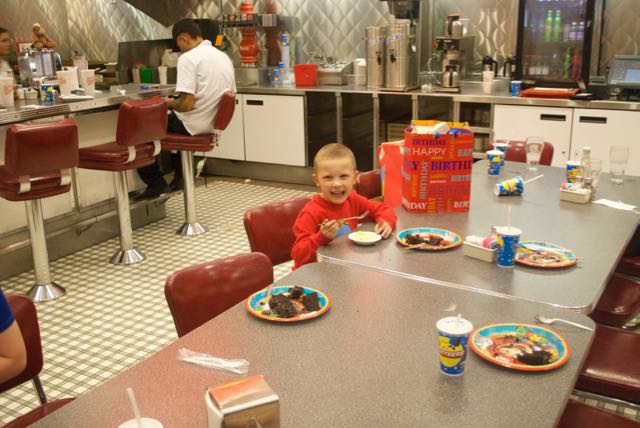 When he finished his cake, he went back to the arcade for more fun! I think he was having a pretty good time... 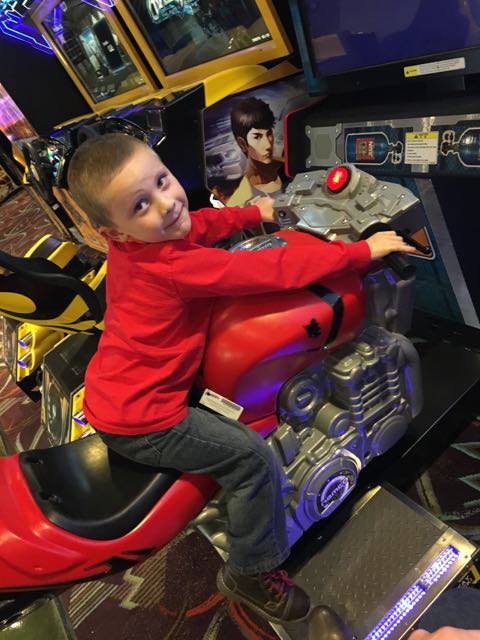 I love LO's face in this one! And spoiler alert: Chase is actually a surprisingly good driver! 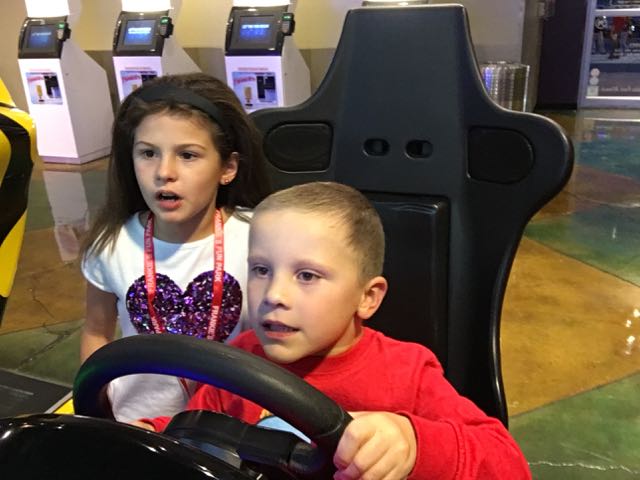 To end the party, we had Chase hand out little thank you gifts to our party guests. What a fun time we had!

This morning (his actual birthday) began with a relaxed, lazy morning in pajamas, playing his new Wii U and 3DS Mario games. Seriously, I keep finding more and more reasons to absolutely love homeschooling, and this was a win for sure! What a fun way to spend our day when we were all together, celebrating Chase, without a forced agenda! YAY! It wasn't until around 10AM that we had breakfast, which included, of course, birthday pancakes! Really, this guy is really six. I can hardly believe it! 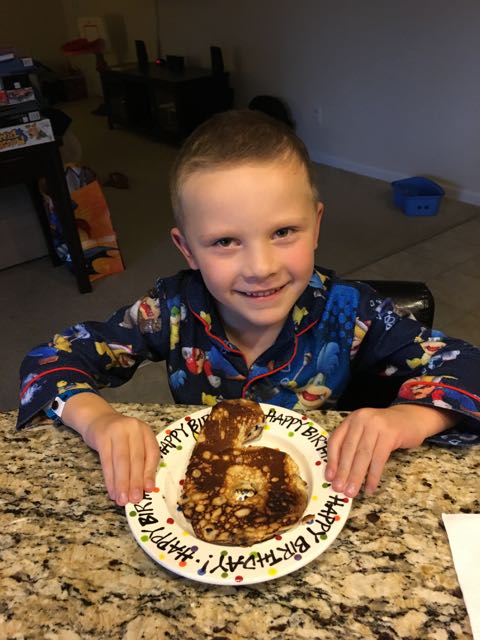 After breakfast, it was time for school! We spent some time reviewing and playing games with our memory work, then we were off to lunch at Red Robin per the birthday boy's request. Somehow I neglected to get any pictures at lunch, including the singing and his birthday sundae. Crazy!

Our afternoon was pretty quiet (rest time for all!), then we played games before heading out for dinner, also by request, to IHOP for breakfast dinner! Chase made sure to bring along his favorite action figures... 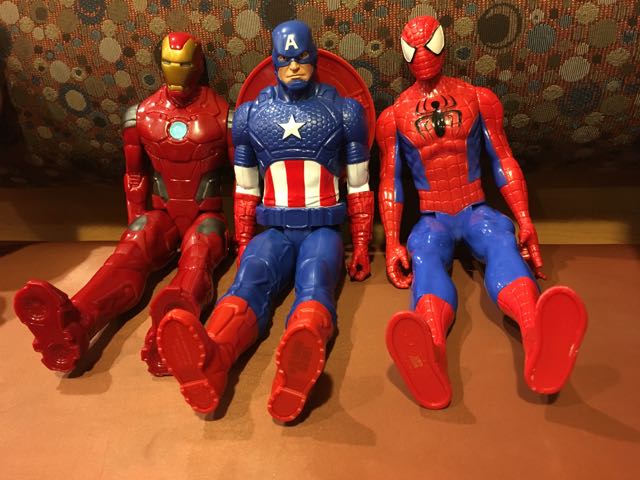 Apparently the kids could order "scary face" pancakes since it's almost Halloween, and we definitely saw some scary faces! 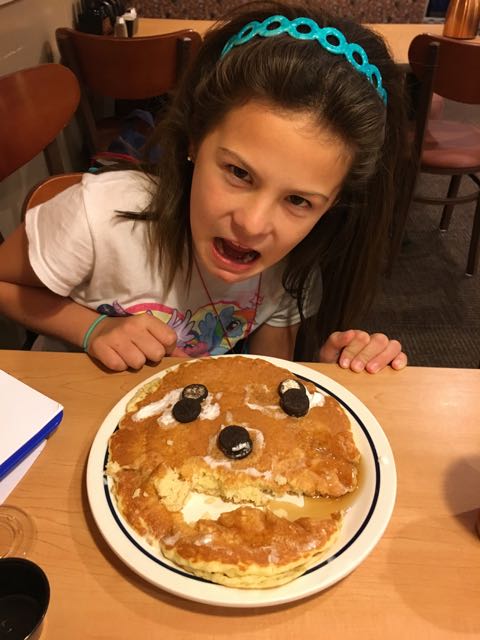 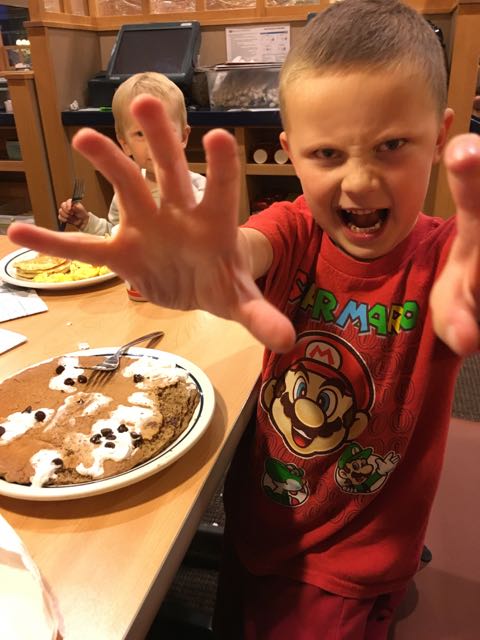 E had to get in on the action! He's just so hilarious!! 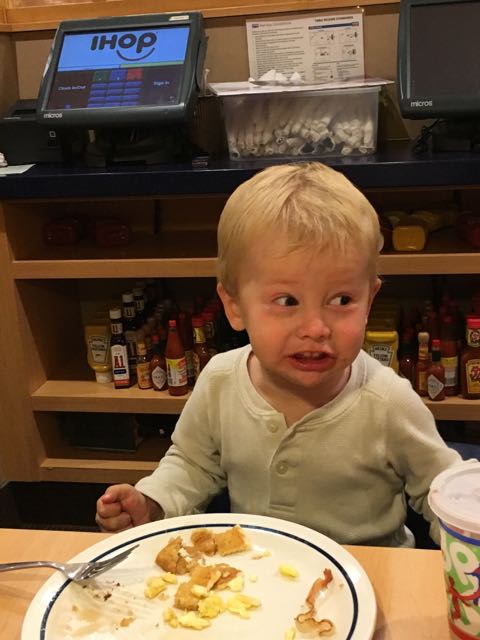 After breakfast dinner, we headed home for the night, had a few more gifts for the birthday boy to open, and knocked out our bedtime routine with the kiddos. 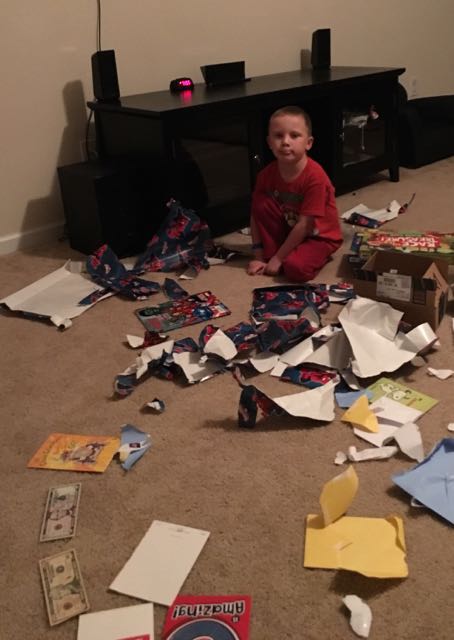 What a wonderful few days we've had celebrating our miracle boy's 6th birthday! We are so blessed and so grateful for this kid and thank God for him and his special heart.

And to close, here is a special message from little E: