The One with the Procedure

I just wanted to share a little update and answer to prayer here for my own recollection in the upcoming weeks/months/years. You may recall that Squish wasn't able to be circumcised in the hospital because he had bad reflux and the pediatrician preferred to do it in his office the following week so as to not deal with a compromised airway during such a delicate procedure. We wholeheartedly agreed, and scheduled this office visit for the following Wednesday when Squish would be 8 days old.

Well, you know from this post that we were in the doctor's office (or hospital!) quite a bit during Squish's first week, and that the pediatrician noticed an "issue" during an appointment on Squish's one-week birthday that required us to be referred to Pediatric Urology for a possible surgery in addition to circumcision. GASP! Not what you want to hear as parents of a sweet little squishy newborn!

Fast-forward to the following Friday when Squish was two weeks old, and we found ourselves at the Pediatric Urologist for a follow-up and diagnosis. Imagine our surprise when the doctor noticed NO ISSUES with sweet Squish's boy parts, and said she didn't see any reason why we couldn't proceed with an in-office circ. No surgery! No complications! Praise the Lord!!!

We tried to schedule the procedure at check-out, but they weren't able to get in touch with the scheduler and told us they would give us a call. Let me mention here that we were told it would be possible to do the circ in the office as long as Squish was UNDER 10 POUNDS. If he was over that weight, we would need to do a sedated procedure under general anesthesia, which isn't great for tiny little newborns, so it would require that we wait until he's at least 6 months old. Not at all what we wanted to do!

The following week I waited patiently for a call from their office while keeping a very close eye on Squish's weight (we have an infant scale and I weigh him before every bath). I hadn't heard from their office by Wednesday, so I gave them a call.

I was told that the schedule is full, they weren't able to find any room for Squish's procedure, and that they were going to refer us to the Pediatric Surgery unit affiliated with their hospital system.

I was NOT happy about that!

I was fine with our pediatrician doing the circ as he is the same one who did E's. I of course was okay with a Pediatric Urologist doing the circ, because, well, duh! But I did NOT have a warm n' fuzzy feeling about a general peds surgeon doing his circ. But I went ahead and called over there anyway just to see what our options were.

Imagine my surprise when Peds Surgery said they didn't have any room on their schedule, either!

Gracious. They told me they were planning to do a clinic day to do circumcisions as they had several that needed to be done, but they wouldn't know until the following week when it would be scheduled, and they knew it wouldn't be until the week after that (end of July) before the clinic would actually take place.

My chunky little monkey would have been WELL OVER 10 pounds by that time! So then we'd be back to the plan of having to wait 6+ months (not a big deal) and put him under general anesthesia (a VERY BIG DEAL) in order to have it done.

I was beside myself!

{SIDE NOTE: For those who don't know about our journey with Chase, he was born with a Congenital Heart Defect (CHD) called Hypoplastic Left Heart Syndrome (HLHS). Basically the left side of his heart was too small to function. He had his first of three heart surgeries when he was 7 days old. When he was 2 weeks old, he had to go back to the OR for what was supposed to be a standard bronchoscopy procedure, but it ended up resulting in him crashing on the transport bed, the emergency oxygen tank was NOWHERE to be found, and the team ended up doing chest compressions and CPR on our fragile newborn baby boy. You can read about horrible that experience here.}

So if you happen to think we're being a bit ridiculous with our concerns over putting Squish under general anesthesia, please know we have had difficult experiences with one of our other children, which makes it difficult for us to hand over another baby for such a procedure.

So, I ended up calling the Pediatric Urology office back and informed them that Peds Surg was booked, too, and that they wouldn't be able to get him in until he'd be comfortably over the 10 pound limit. They ended up looking at their schedule again, and were able to find a TINY window the following Tuesday to fit him in.

This was such a HUGE answer to prayer to my mama heart. I didn't want to go through general anesthesia with my little Squishy! Thank you, Jesus, for hearing our hearts and making a way where there seemed to be no way!

So fast-forward to last Tuesday, July 11th, and we were at the Peds Urology office for Squish's circ. The entire procedure took less than 20 minutes, and he handled it like a champ! Bless. He's been surprisingly awesome these past 5 days as well, even with the extra care we've had to take to ensure he heals well. Seriously, this kid is just amazing, folks! Well, I guess all of our kiddos have been pretty relaxed and laid back babies... we are so grateful!

Here's my sweet little fella while we were waiting for them to take him back for his procedure last Tuesday. I'm thinking he wasn't overwhelmingly excited about the idea... 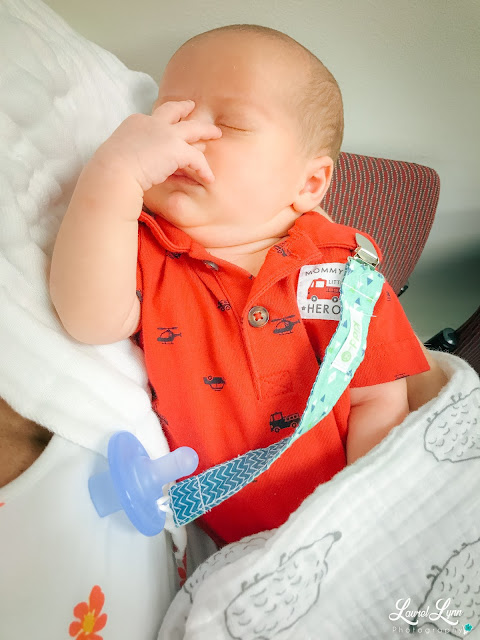 And here he is this afternoon, all sweet and content and just lovely... 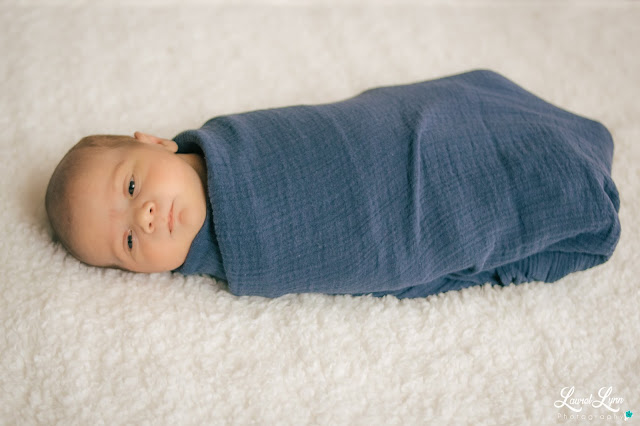 I'm grateful that God has brought us through the unexpected difficulties of Squish's first month! I just love this little guy and I pray he has a much smoother road ahead!

Thanks for following our journey! Hugs!!
Posted by mom2lo at 3:37 PM