It really isn't a big deal, but I did something today that I absolutely LOVE. My sweet Sienna -- such a lovely ride -- had been lacking slightly in one specific area. There was something about it that made it so "minivan-y" and had been on my nerves for a while now. Last week, I finally decided to do something about it. I called our Toyota dealership and asked them how much it would cost for this after-market accessory type thing, and when they told me $99 including a lifetime warranty!? I was sold. I scheduled an appointment and the kids and I took her in this morning. 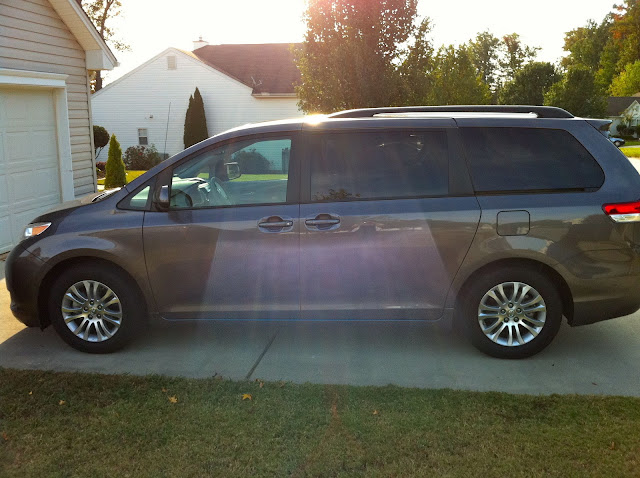 And the "after" pic! 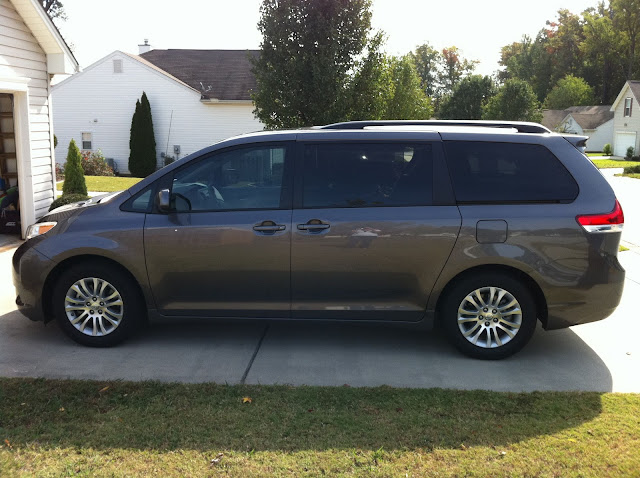 Did ya see it? Notice the subtle difference? Okay, I'll give you one more chance, from a different angle. 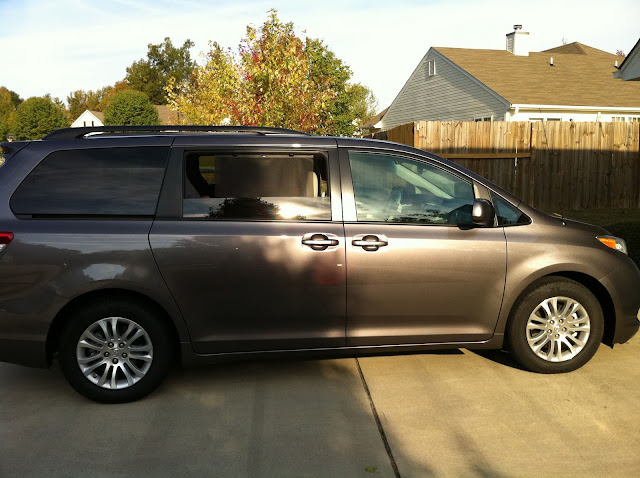 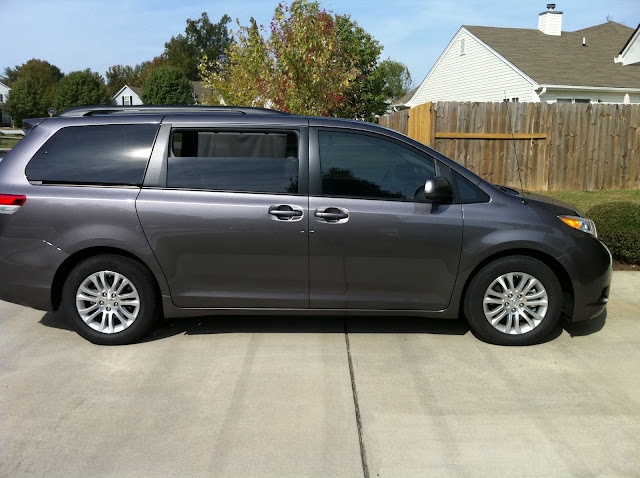 It truly was such a little thing but, in my opinion, makes such a HUGE difference! I love it!!! Now, I guess I need to go tell hubs before he finds out here on the blog with the rest of y'all... ;)


Oh, and for those of you who are finding it impossible to spot the difference... I had the driver and passenger windows tinted!!!