I don't have a lot of time these days (soverytruetrustme), so today's post will mostly be in photos. Of course I had to share a recap of our special little guy's FOURTH (yes, 4th!) birthday party! We are continually amazed by this rock star of ours, and it is SUCH a blessing to see this miracle of ours living life before our very eyes! When we received the diagnosis of his congenital heart defect (CHD) at our 20-week ultrasound appointment, we spent the following few days in a state of, well, it's hard to put a word on those few days. Suffice it to say, celebrating our son's 4th birthday party was not even in the galaxy of thoughts in our minds. Wondering if he'd survive his first week of life was pretty much the main fear that consumed our thoughts. So to be where we are today is nothing short of a miracle and complete blessing!

Now on to the celebration!!!

We started his first of two scheduled parties with a Friday night shindig at Chuck E. Cheese's (his choice, not mine... obvs). He was quite excited about it, and insisted on wearing his Super Mario (Fire Power) costume mommy made for Halloween. :) Before we get to that, though, let's get a glimpse at what little E thought of his first time at good ol' CEC: 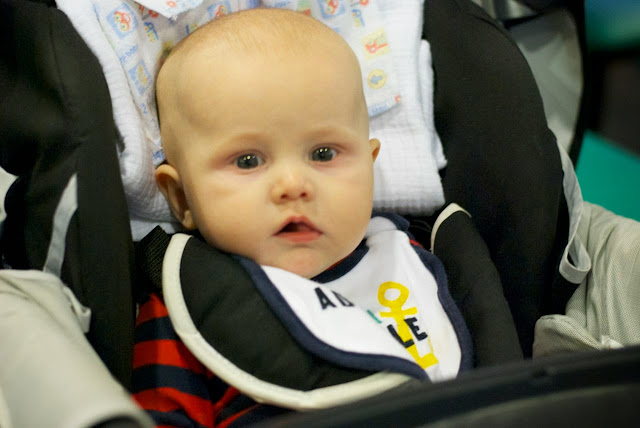 This pic says it all! Overwhelmed much? Haha!

Now on to the bday boy (and his celebration cohort, LO)! Chuck E. is getting ready to come out and throw some tickets to the "crowd," but first, they have to do a little song and dance. Chase wasn't too sure about it but was happy to go along with whatever his big sister did! 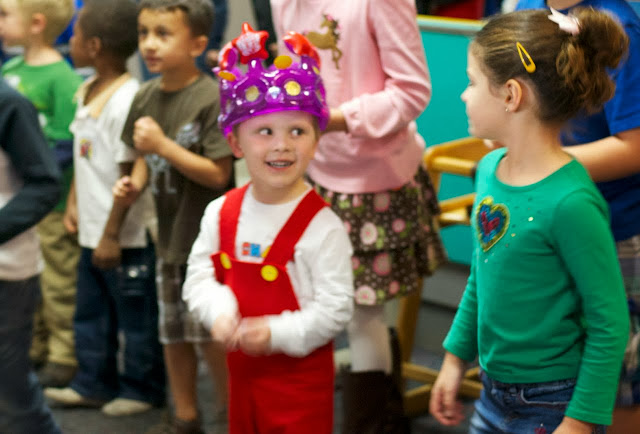 After the tickets were tossed out? Hilarious. Chase grabbed one in the air and sat down with it to marvel at his treasure while all of the other kids were scurrying about trying to nab as many as they could. 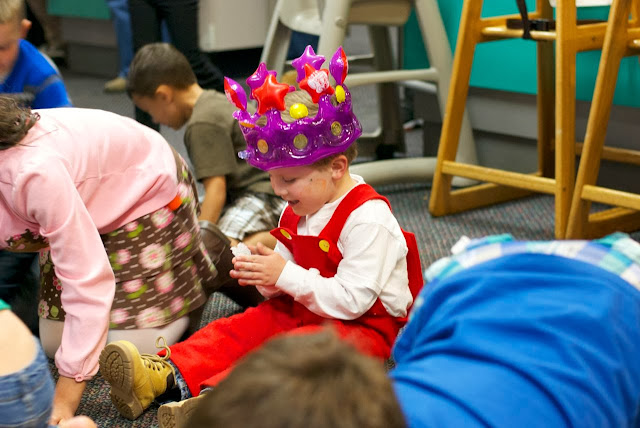 Such a proud (and oblivious) boy, that one! 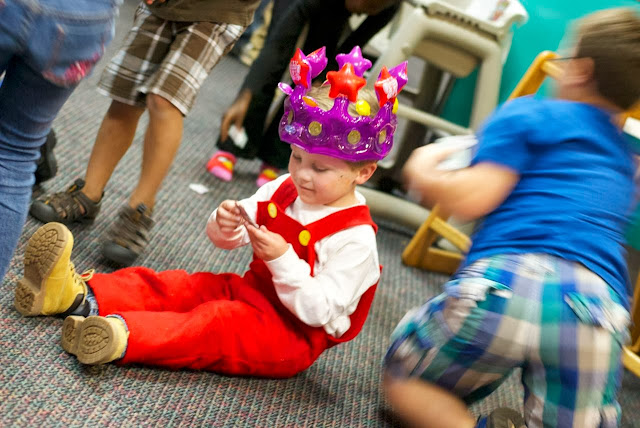 Back in full Fire Mario garb, he busted a move with the balloon guitar provided. It was upside down, but man could that thing jam! 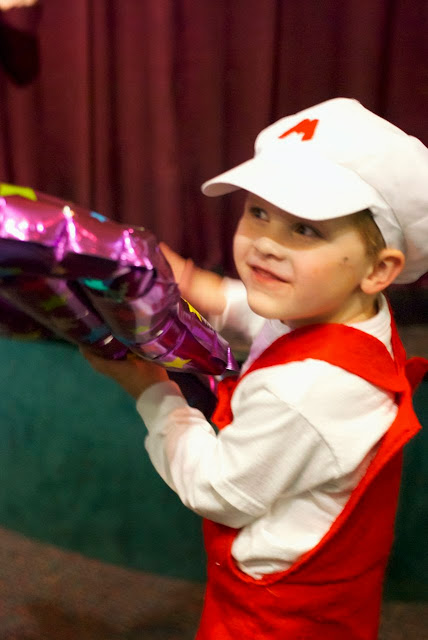 Next up? A guitar pick medal medallion thing. He was thrilled. LO (in the background)? Maybe notsomuch. ;) 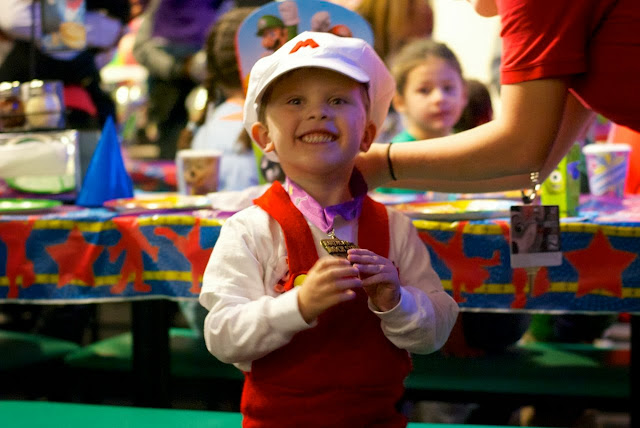 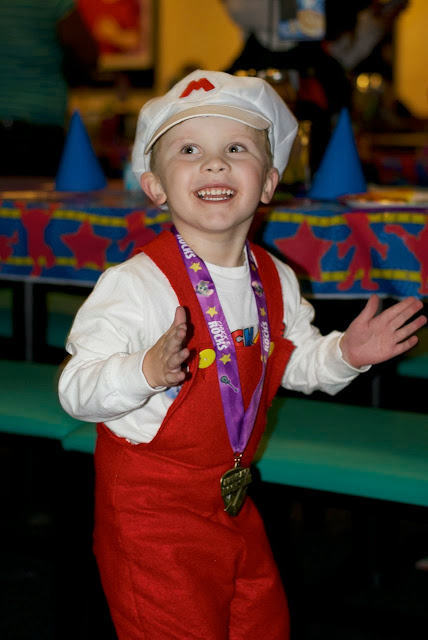 Now on to the cupcakes. Chocolate chocolate chip cupcakes with chocolate ganache buttercream and sprinkles. I think I nailed it. 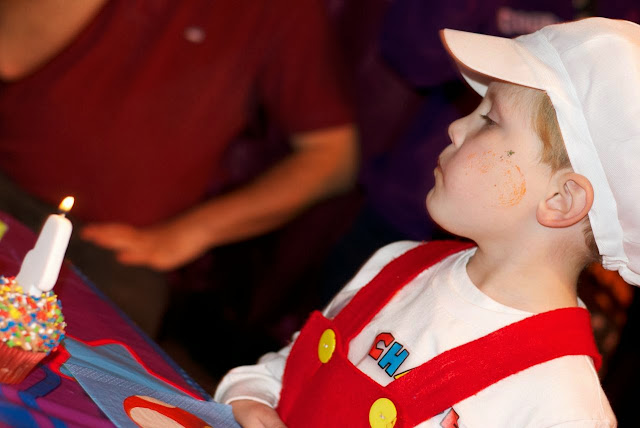 Make a wish! Oh, and please ignore the mostly-gone-but-still-there remnants of a pumpkin he had painted on his face at his school's harvest festival earlier in the day... 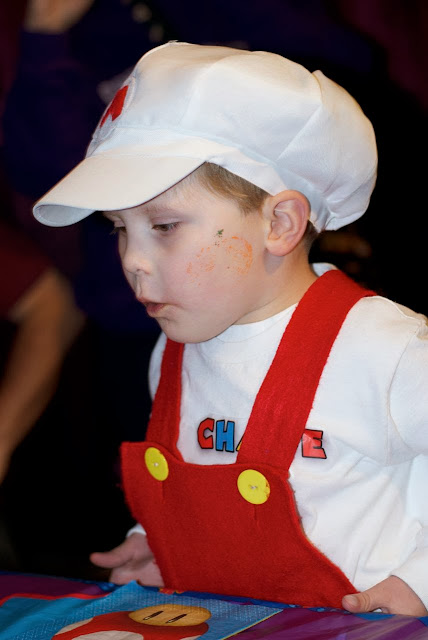 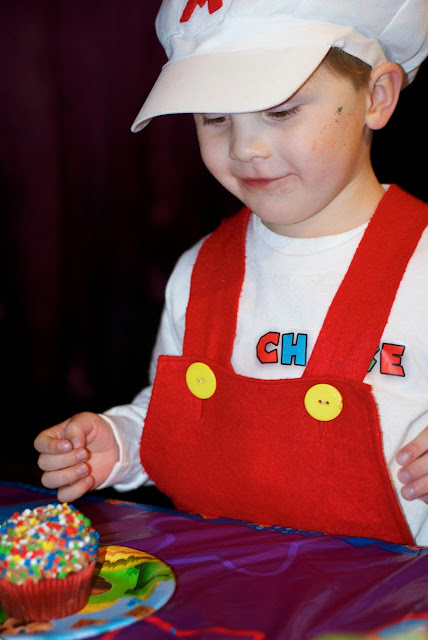 I think he was just showing off here... 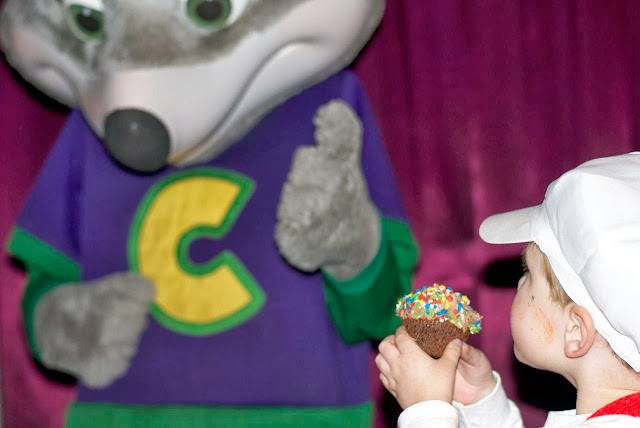 Next up? The highlight and most anticipated party agenda item: the Ticket Blaster. He chose big sis to head in and collect tickets with him (even though a certain mommy begged him for the honor and was denied). 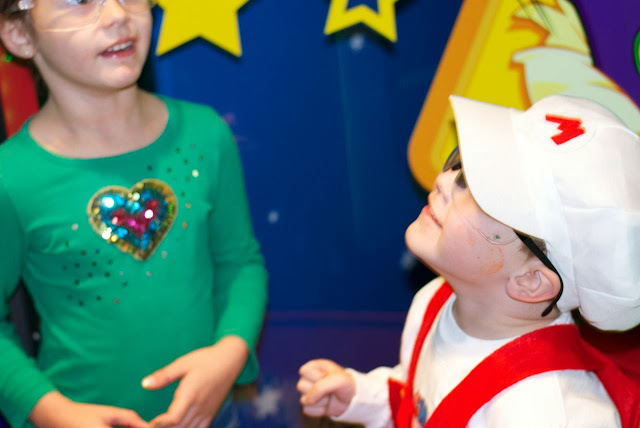 I'm pretty sure they're discussing strategy here before the blaster started. 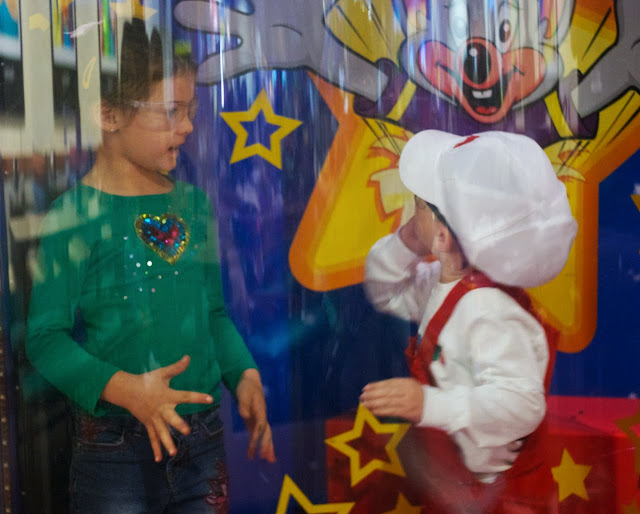 Game on!!! I love the look of sheer joy and excitement on Chase's face! 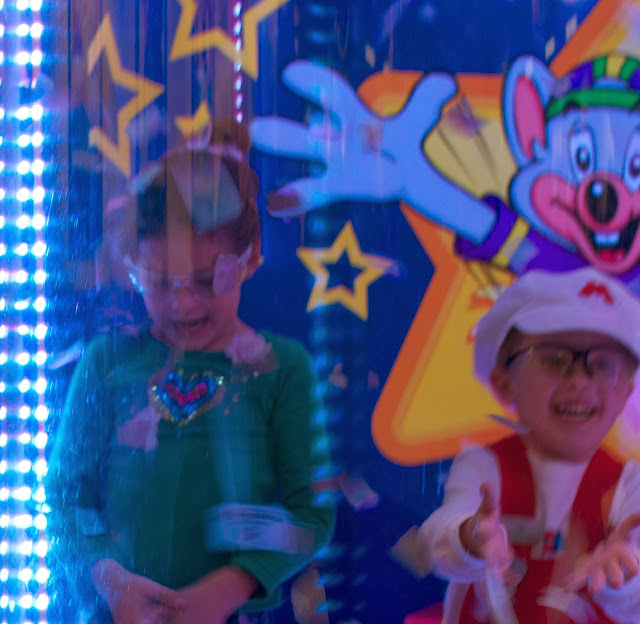 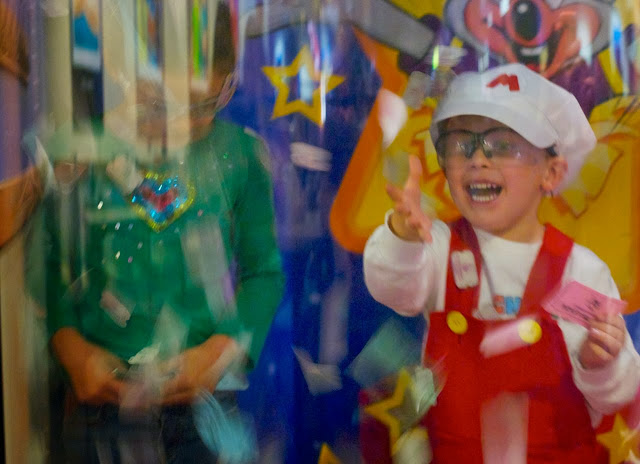 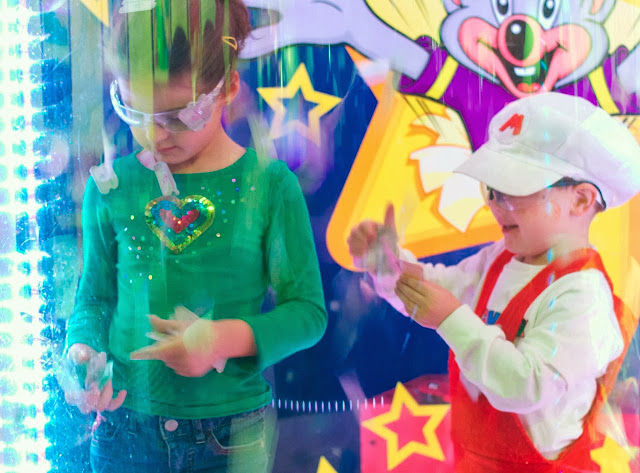 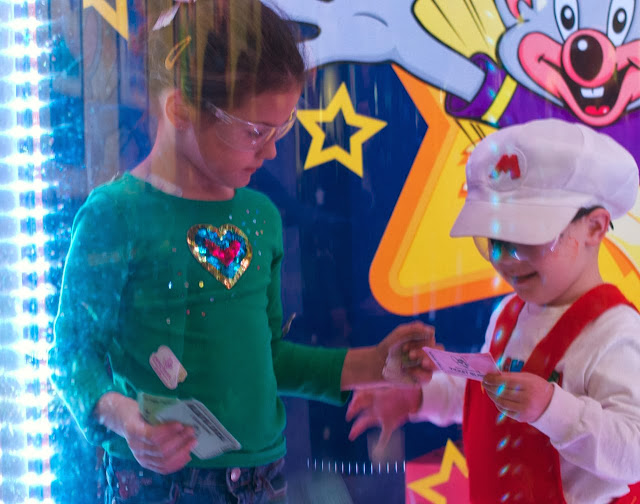 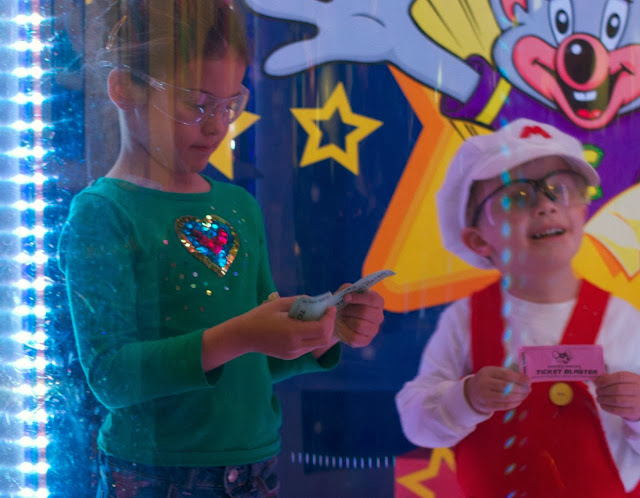 Now it was on to the gifts! Yay for presents! 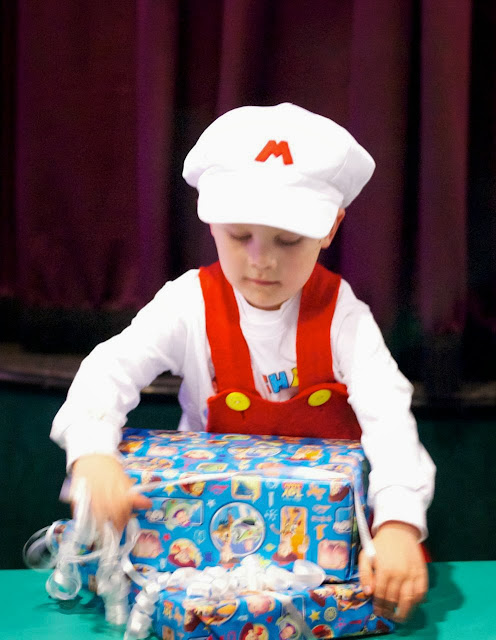 Loved this shot! By far one of the best faces of the night, and it was for the FREE FISHER-PRICE CATALOG that Gramma & PaPa threw in with his present (you know, so he could start browsing and selecting Christmas gift ideas). Kids. 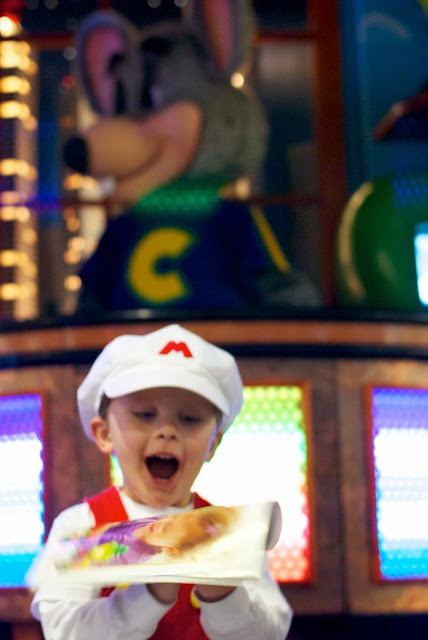 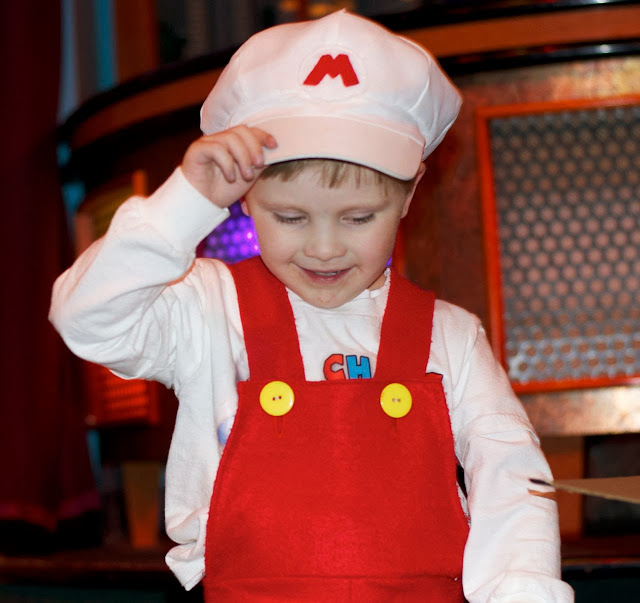 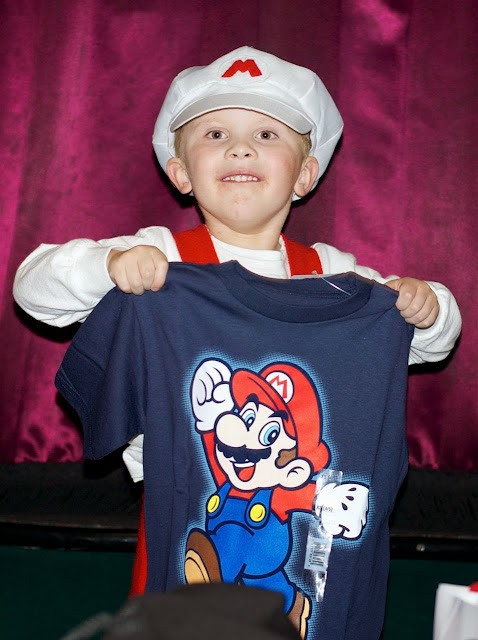 The next morning was his actual birthday, so of course we started out with birthday pancakes! Disclaimer: I had the focus on my camera lens set to Manual -- without realizing it. Hence the HORRIBLY POOR focus on EVERY shot below. Sorry!

Ready for pancakes! And for that durn hat to get a run in the washing machine. Geez! 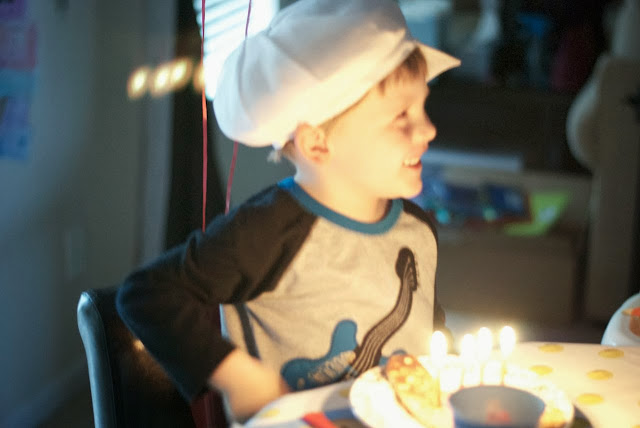 He's so handsome. And fun. And I'm so lucky. Like crazy. 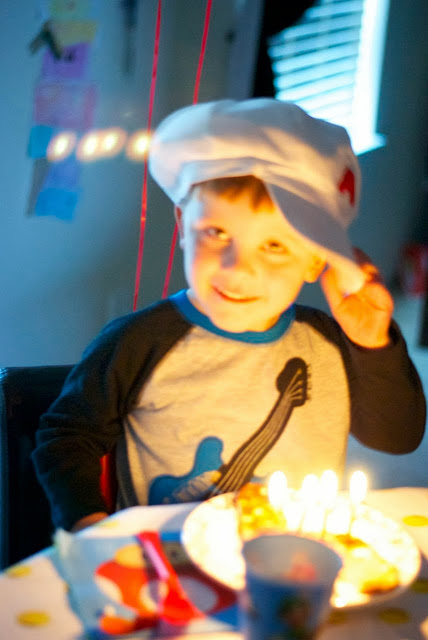 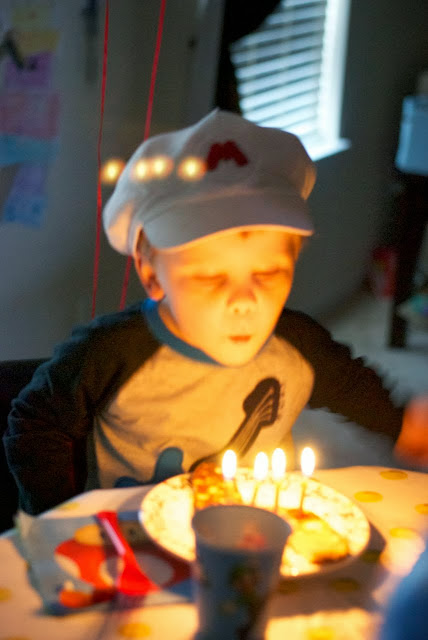 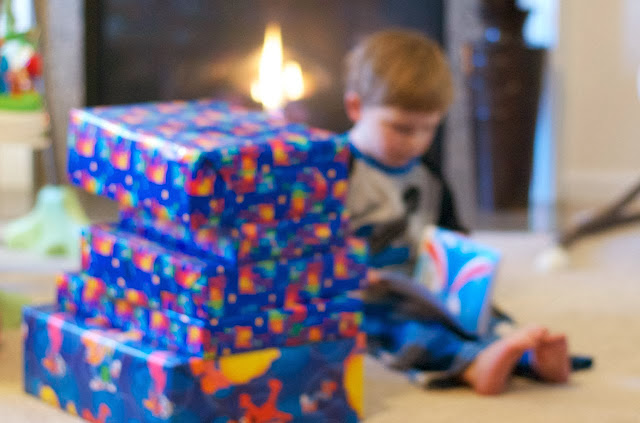 Haha! I think he liked the Despicable Me 2 Operation game! 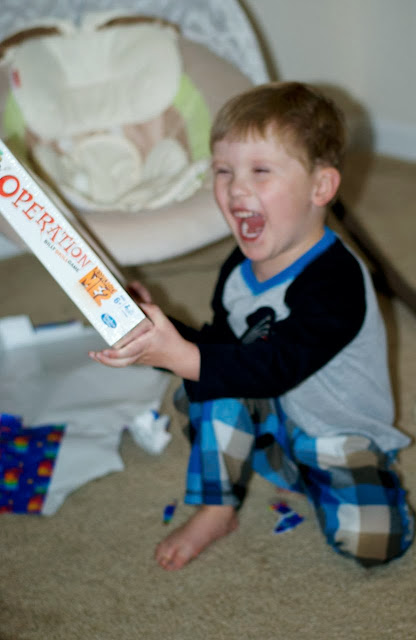 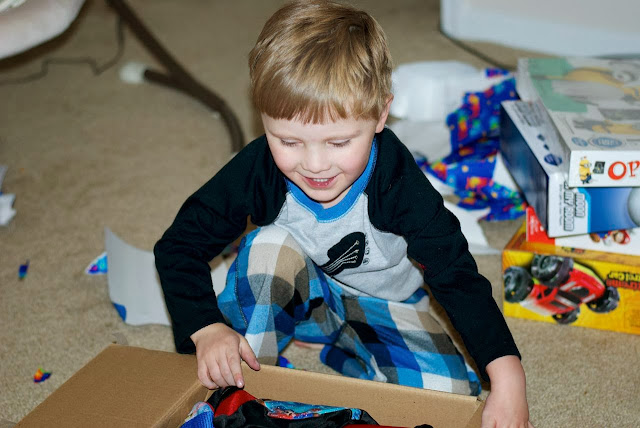 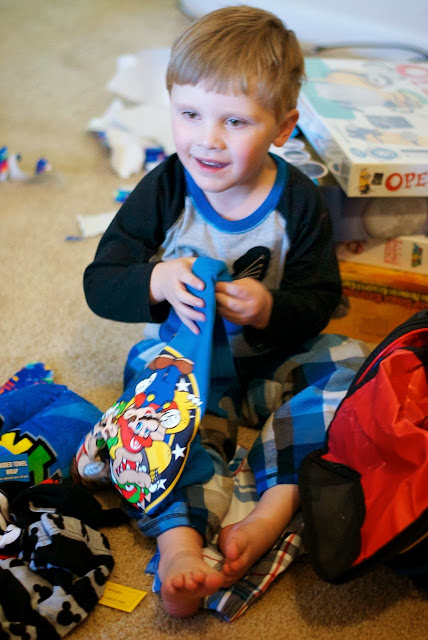 Not the best pic to end this post with, but it's late and I'm tired. We had a super great party Friday night and an AWESOME day of family fun on his birthday on Saturday. Chase is such an amazing gift from God and I am so blessed to be his mommy! There just aren't enough words for me to express how I feel about this kiddo!