No, I haven't lost all sense of time.

This year was the first year I handmade THREE Halloween costumes for the kiddos, so I felt it was worth documenting it here. I'm super proud of these looks and the fact that the kids loved them? Sooooo worth it!

Chase had a very specific vision in mind for his costume. He wanted to be Super Mario! But not just the standard, regular, non-super-powered Mario. He wanted to be: FIRE MARIO. This actually made things super simple and I was really excited to get started!

Of course I scoured the interwebs for a handy tutorial and boy did I ever find a gem over at smashed peas and carrots with Maggie's tutorial! Of course I had to modify it ever so slightly to make FIRE Mario, but this tutorial was totally easy peasy and a lot of fun!

So here's the look I was going for: 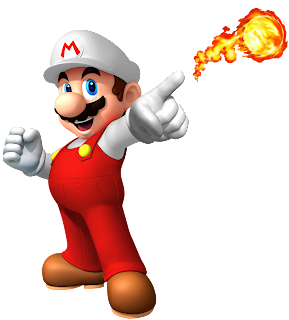 And here's my own little Fire Mario (wearing his Mario costume at his 4th birthday party a few days before Halloween): 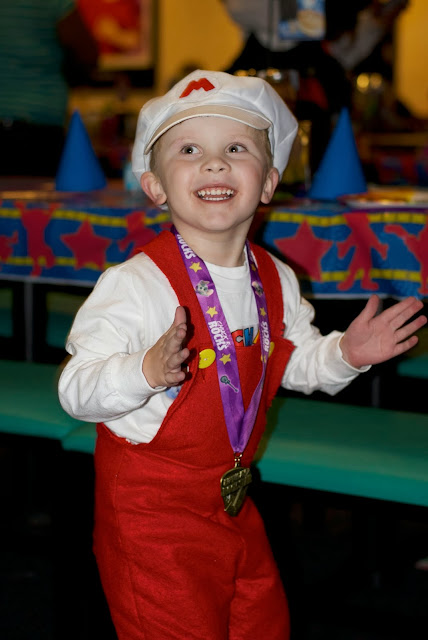 As I mentioned, the costume was super easy and went together in a matter of minutes! He also had gloves and a mustache and cute brown boots. He looked just like Mario! I ordered his hat online and made the "M" logo and sewed (?) it onto the hat. Too cute! The best part was that I had this costume finished a few weeks before Halloween and Chase wore it EVERYWHERE! He insisted on wearing it every time he played Super Mario Wii, had to put on the hat anytime we went anywhere, and just loved to be in this costume! It was such a hit!

With a little brother also in need of a Halloween costume, it didn't take long for me to proclaim little E as "Baby Fire Luigi!" His costume was also a snap and was completely adorbs!!! I used a hat that Chase wore for his 1st Easter (with the added "L" of course)... awwww! 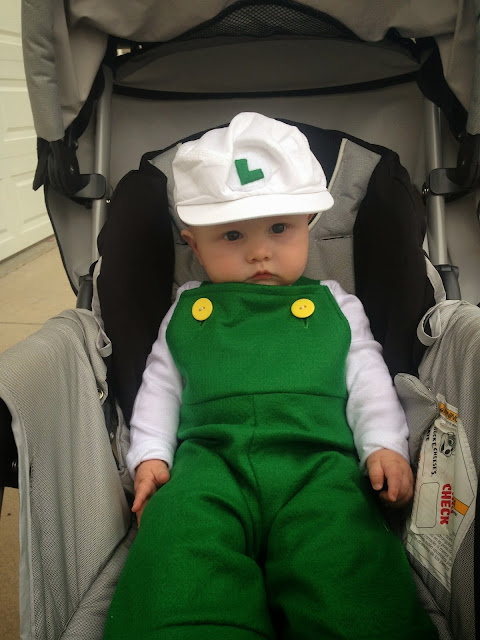 I'm so proud of these costumes! 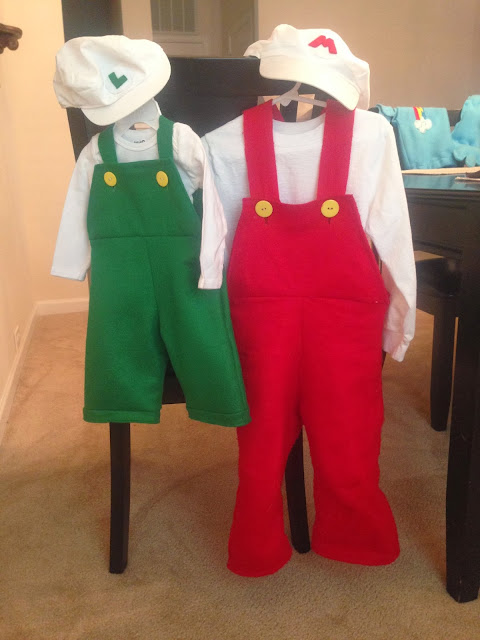 Next up was LO's costume... she wanted to be none other than RAINBOW DASH! For you non-MLP fans, Rainbow Dash is a My Little Pony pegasus. Should be fun to make, right?

Last year she was a unicorn and I totally cheated by purchasing a hoodie sweatshirt and sweatpants and just modifying them to make the costume. This year I made the entire thing myself -- hoodie, pants and all! This wouldn't have been possible without the amazing Toni at Sugar Tart Crafts and her step-by-step My Little Pony tutorial. She broke everything down into easy to follow steps and I was sewing like a pro in no time! I made the hoodie with mane and ears, sweatpants, cutie mark, removable tail and removable wings! 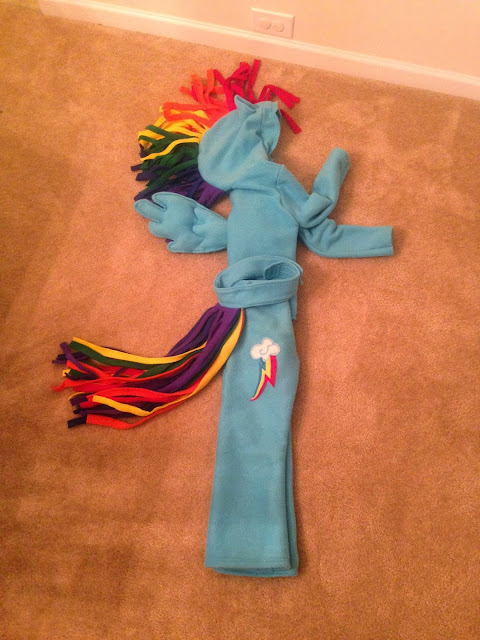 Not surprisingly, I had one super happy Rainbow Dash on Halloween night! She just loves to pose for the camera! And the best part is that she'll wear just the tail or just the wings with other outfits (pajamas) so these individual pieces made a super fun addition to her dress-up stash! 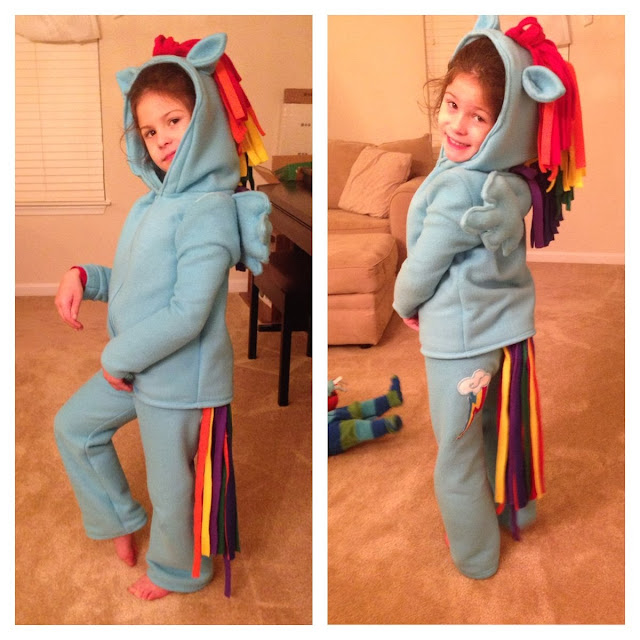 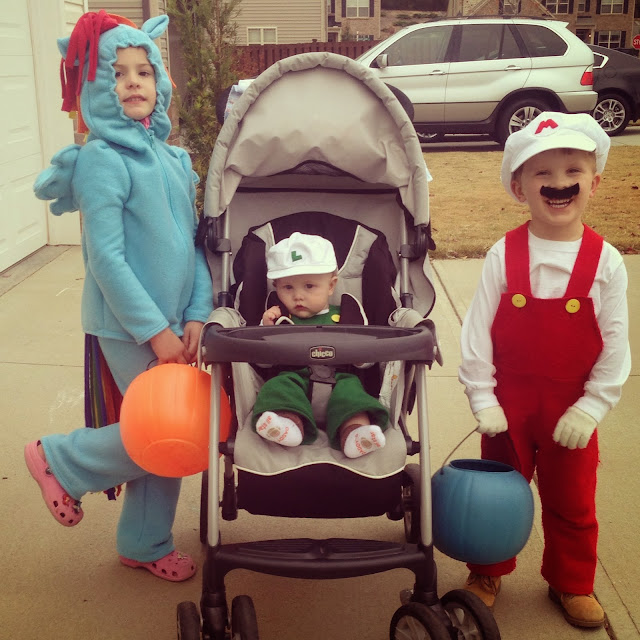