I can hardly believe it, but this little one is a whopping 8 months old! He is such a sweet, laid-back little guy and we are so very blessed to have him in our family! 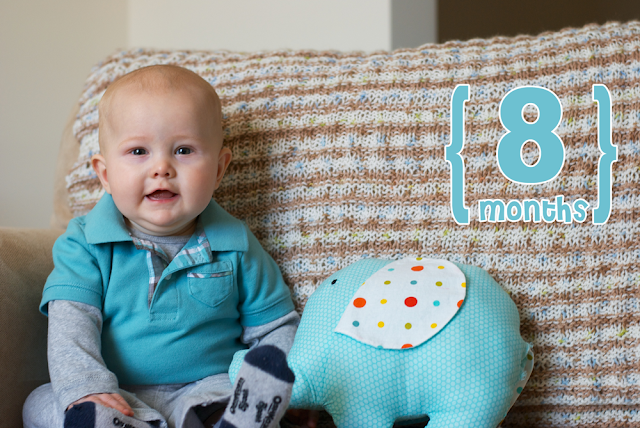 Just a little recap of things for my own forgetful self:

Of course there are lots of other things going on around here, including a B-I-G decision that I've been praying about for some time now, but I'll have to find the time to share more about things later. For now, I just want to revel in the amazing awesomness of my sweet baby boy!!!

P.S. How is it possible I'm already in FIRST BIRTHDAY PLANNING MODE? I've got a Pinterest board and everything, so you know it's official now! I just can't believe this little one is so close to the big 0-1!
Posted by mom2lo at 11:31 AM