We're with our brave boy and he looks great! He was a little agitated when we first arrived as he was initially coming out of the anesthesia, but after some Tylenol, he's resting more comfortably. He was feeling nauseous, too, so we put some Zofran in him as well. Looks like he's doing fine now. :))
We just spoke with the cardiologist for a summary of the procedure. Everything went great! The fenestration was closed and his pressures responded very favorably. His LPA was ballooned and the gradient was successfully decreased to Dr. Baker's satisfaction. There was one collateral vessel, but he decided not to coil it off so he would still have a "pop-off" for pressure if needed. All in all, it was a great, textbook case!
Here are a few pics!
Laying flat... the worst part! 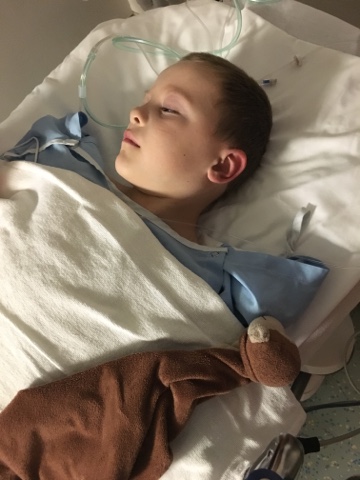 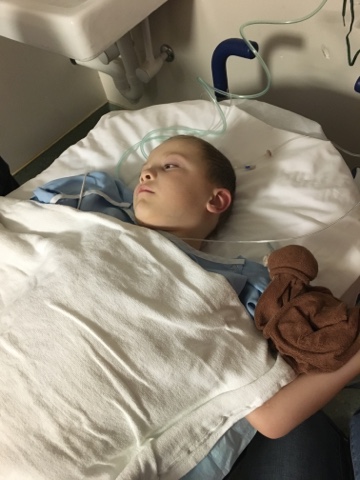 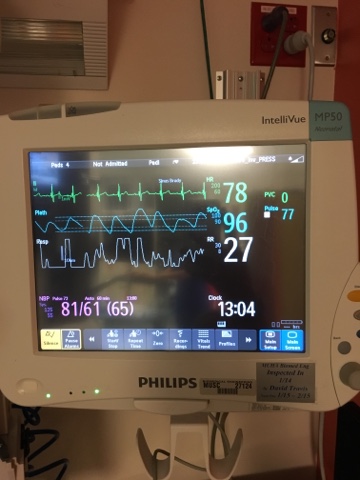 Sitting up now. We're on the right track! 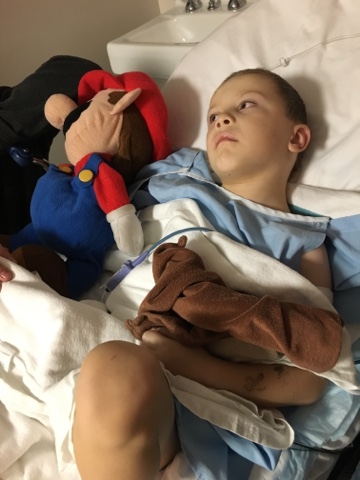 We know all is well when we see this: 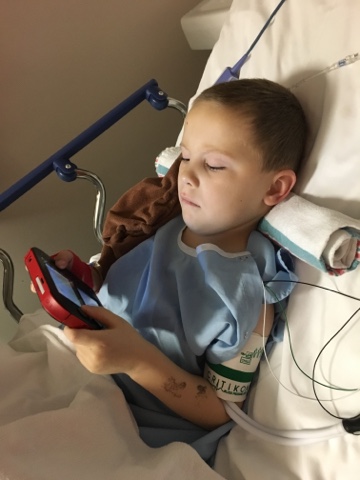 Thank you for the continued prayers! We hope to be discharged by noon or so tomorrow, assuming his chest X-ray looks clear.
Posted by mom2lo at 12:39 PM