Believe it or not (I choose not), my precious little Rock Star, "Baby Chase," began his first day of preschool. I am so full of emotions right now -- mostly feeling grateful, blessed, thankful... I can't believe that this day finally arrived! When you're told that your unborn baby would be born with half a heart and would die without 3 heart surgeries in their first 3-4 years of life, you don't have the luxury of imagining their first birthday, much less their first day of school. God has been SO GOOD.

I was VERY nervous about how he'd do. The ONLY time he's ever been outside of my, hubs', my mom's or my in-laws' care is when he attends his nursery/class at church. That's it. Every other moment of his life outside of church class he's been in my/hubs' care, a few select family members' care, or the care of an anesthesiologist and surgeon during one of his 9 surgeries/procedures.

He'd usually do great with his church class, up until a few weeks ago anyway. We were called to come get him from his class a few weeks ago and he WILL.NOT.GO.BACK. He straight up refuses, kicking and screaming, and there's no way we will ever get him back in that classroom. Nor do we want to. Obviously something left an impression and we have no choice but to move on. I tell you this only to say that his last/most recent experience with "going to class" has been extremely negative.


{{Insert my overwhelming concern for his first day of school here.}}

So the day finally arrived and I was NERVOUS. I had to wake him up, which (like his mommy) usually isn't a good thing. But to my surprise he jumped up out of bed and was super excited about his first day of school. We got through breakfast, getting dressed, brushing teeth and even... wait for it... brushing his hair. If you know Chase, you know he HATES having his hair brushed/cut/etc. so it was HUGE for him to sit in my lap for me to do his hair. Crazy awesome.

He walked into his new school (the same beloved Christian private school LO attended for K3 & K4), marched right into his classroom, and washed his hands (per protocol, thankyouverymuch) before finding his seat at the table and having some Play-Doh fun. It was the cutest thing.

Again, I was super nervous when it came time for us to slip out of the room, but I was already on such a high that he WILLINGLY walked INTO his class that I could tell he was going to be just fine. As expected, he waved us off while rolling out his Play-Doh and was nothing but smiles.

Thank you, Jesus! What an unbelievable answer to prayer!!!!!

When it was time to pick him up (just under 4 hours later), I peeked through the window and saw him eating his lunch with all the other kids like such a big boy. It made my mama heart proud to see how well he was doing! And boy was he super excited to see me, LO and E when we walked in! He told me how he got to finger paint and color and was just in such a wonderful mood.

When we went out to the car, he found a gift bag with some goodies inside (just like I did for LO after her very first day of school), so I let him open his gifts before heading home after his first day. I am just SO very proud of him. There just aren't words!! Just so proud.

Here are some pics from his awesome first day! 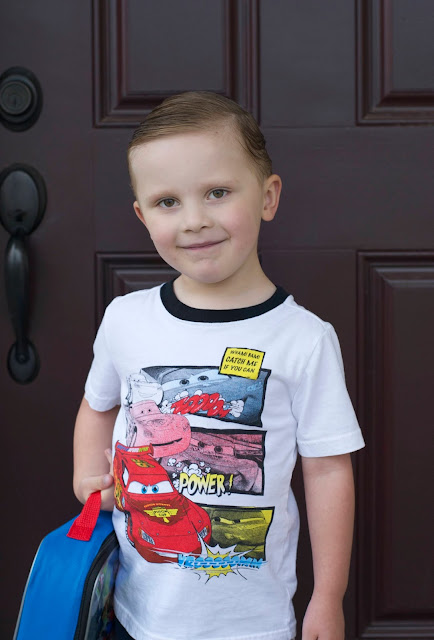 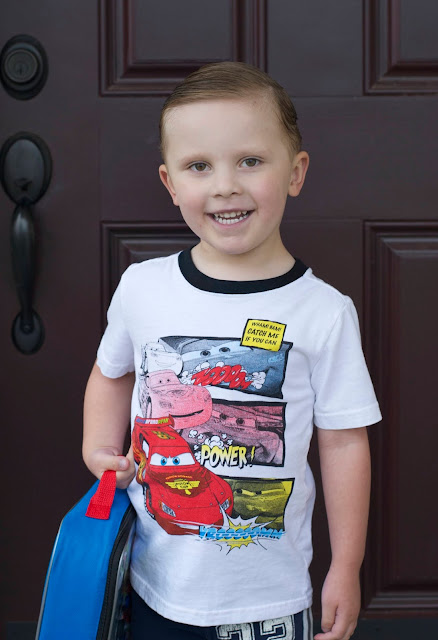 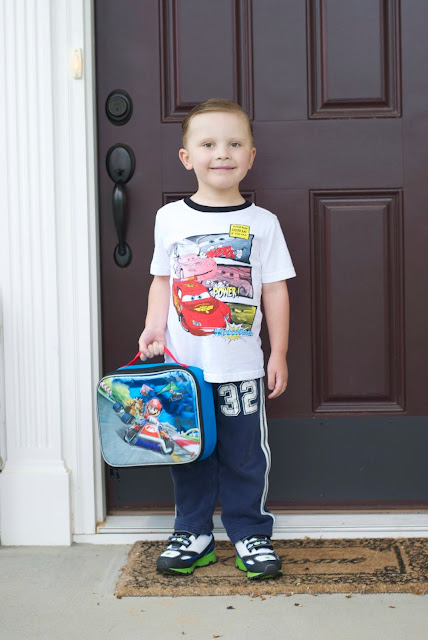 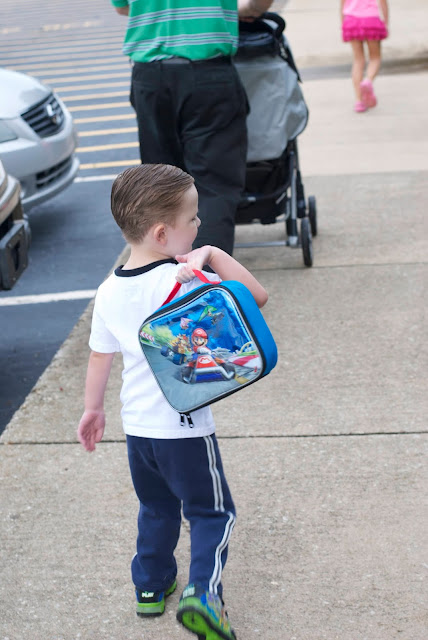 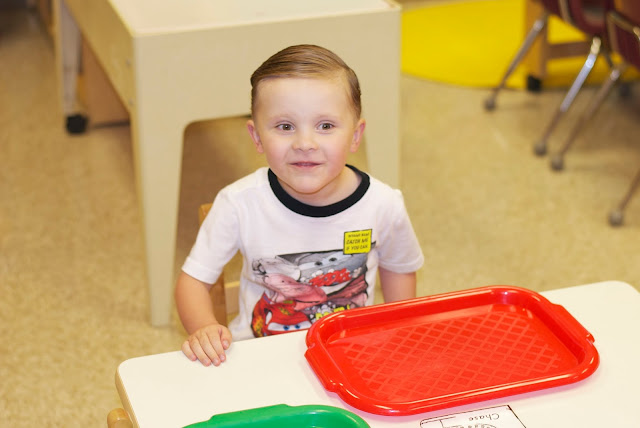 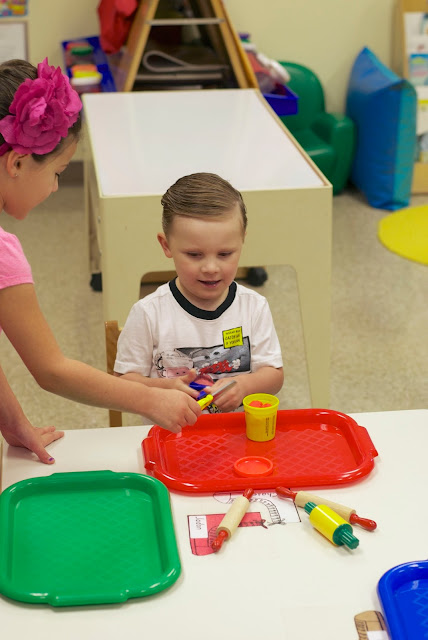 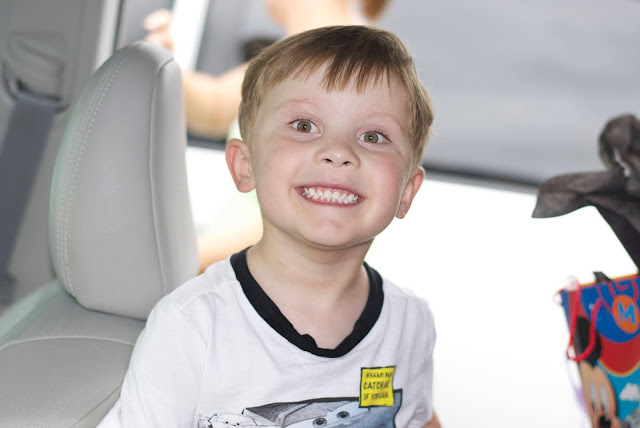 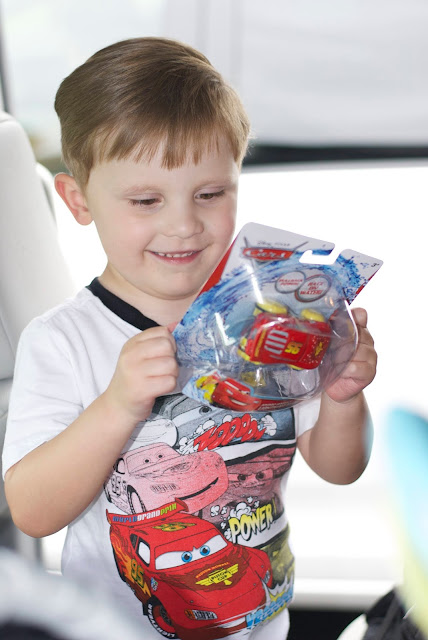