Last week we took the kids to the local water park for the first time. It was fun, but there definitely wasn't as much to do for them than I had hoped. They didn't allow us to bring any floats or anything for the kids to use, so we were very limited in the options at the water park. I did take a little disposable waterproof camera with us, but I haven't gotten the pics back yet. It was, like, FILM people. Like the kind you "drop off" and come back to pick up later. Crazy, right? I haven't done that in FOREVER! And it was obvious because apparently the little camera I had "expired" in November 2008. Ya. Apparently you were supposed to use it and develop the pics by November of 2008. You can tell how often we capture water activities in our house! I have no idea if the pics will turn out okay or not, but I'll share some of 'em here if they do.

I say all this just to show you this cute little pic of our boy after a tiring hour and a half at the water park, which literally was less than 10 minutes from our house. I took him out of his wet clothes and just put him in only a diaper (since I forgot to bring another outfit). By the time we got home? This is what I found in the back seat: 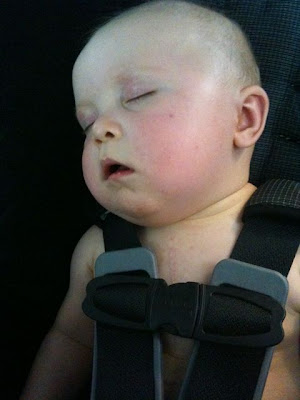 Saturday morning we went to the local farmer's market downtown. We scored some nice meat (got there too late for a good choice of tomatoes that I needed for my homemade pizza sauce) and enjoyed some time outdoors. It was slightly overcast, so not too hot. PERFECT for hanging out. I snapped this cute pic of my girl havin' a good time: 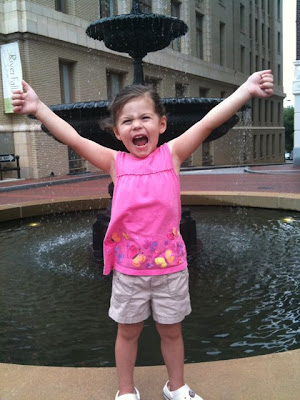 And of course her brother couldn't keep out of the adorable action... 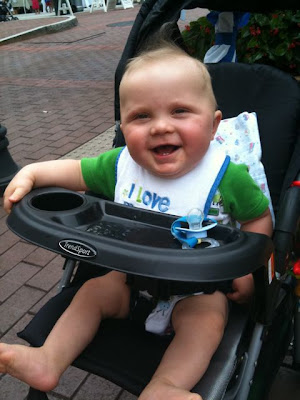