So I worked on Saturday until 6pm, and when I came home, it seemed hubs was very pleased with his awesome day of knocking out stuff from his "honey do" list (while caring for two kids, no less). Yay, hubs!!

Then I took a closer look...

Let me mention a little backstory here first so this makes sense. About 4-6 weeks ago, not long after we moved into the new house, I stopped into a local Sherwin-Williams paint store to pick up some touch-up paint. I knew that Ryan used two colors: a whitish flat wall paint and a whitish gloss trim paint. Nice and specific, eh? Anywho, I told the paint store guy I needed the standard, basic Ryan colors -- a gallon of wall paint and a quart of trim paint. I told him I didn't have a paint chip or anything with the specific color, but as soon as I had mentioned "Ryan Homes" he went on a merry little mission to gather the items I needed. Apparently no paint chip or paint color was needed -- he knew what to do since Ryan purchases all of their interior paint from Sherwin-Williams. I should note there wasn't a lot of dialog taking place during my visit. Boy was I surprised to find out I had just purchased over $60 in paint, though. Geez.

Fast-forward to yesterday (Saturday). Along with a few other items from the punch list, hubs decided to knock out the touch-up painting. Using the paint I previously purchased. From the chatty guy at Sherwin-Williams. Who knew exactly what I needed. Remember?

Imagine my surprise (and the humor that followed) as I wandered through the house to check out hubs' handiwork.

((Side note: There's a really annoying black spot on all of my photos... obviously something on my iPhone lens. You can be sure I'll get this taken care of ASAP!))  ;) 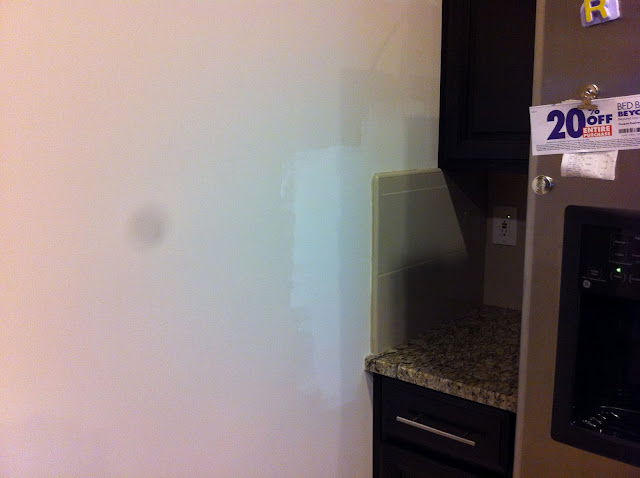 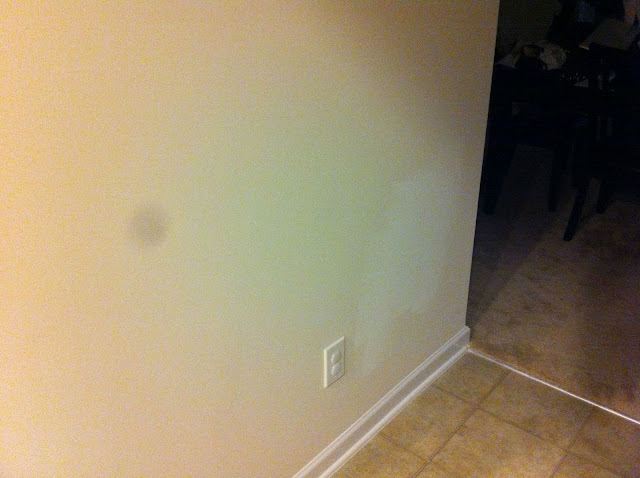 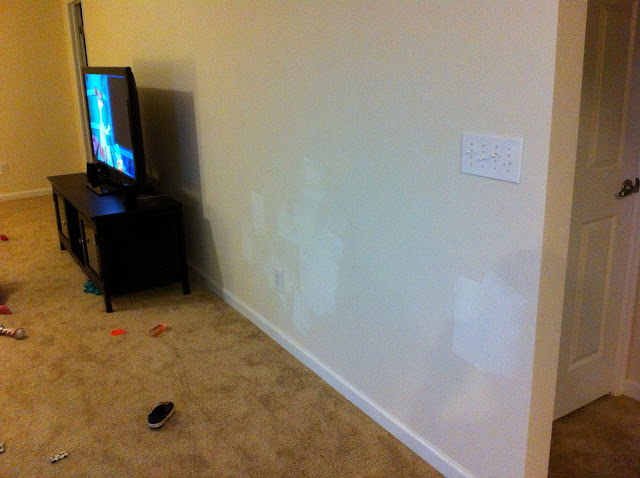 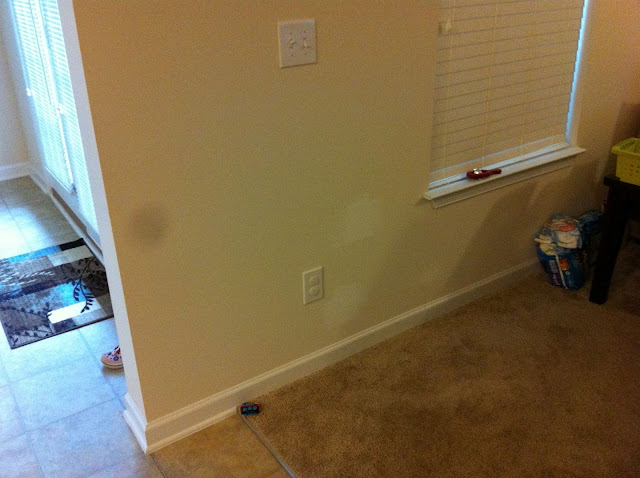 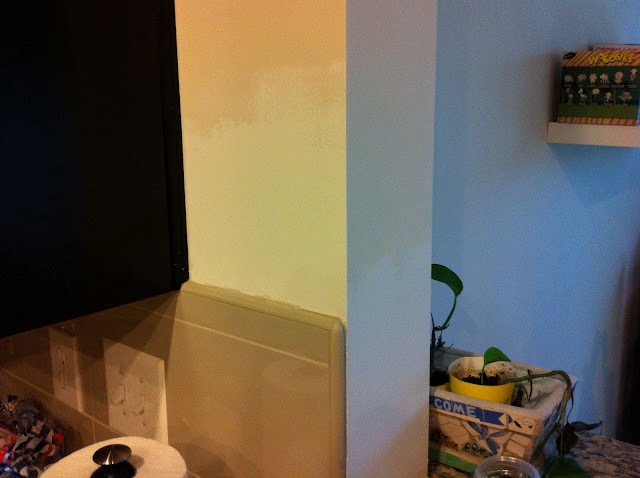 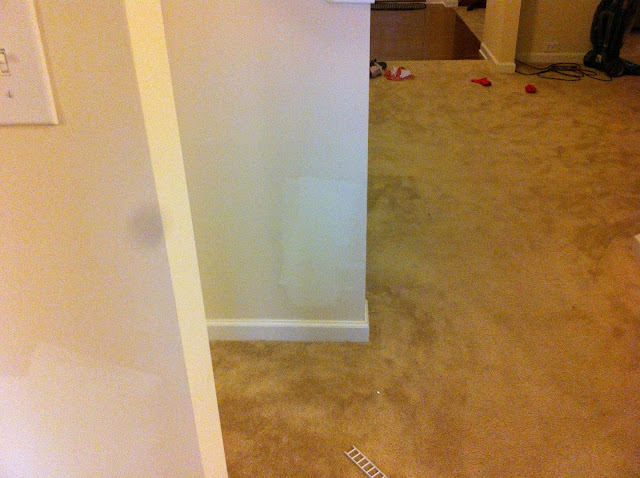 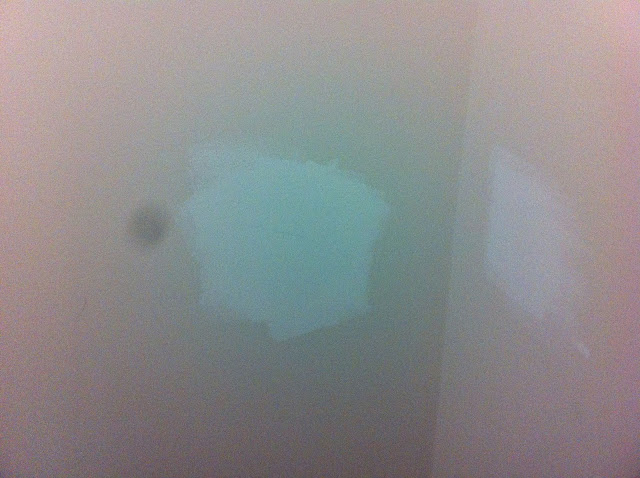 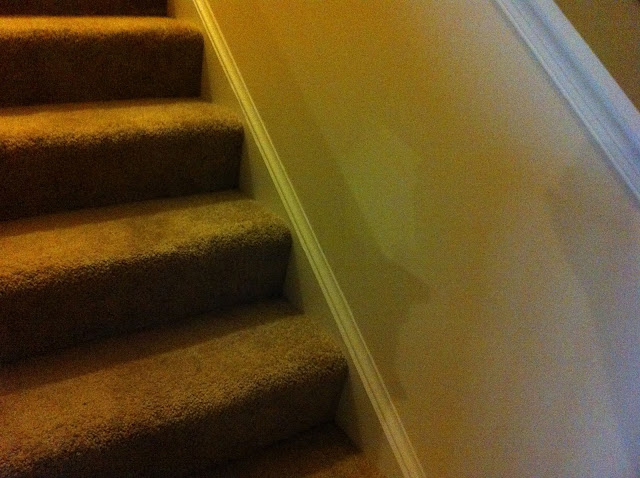 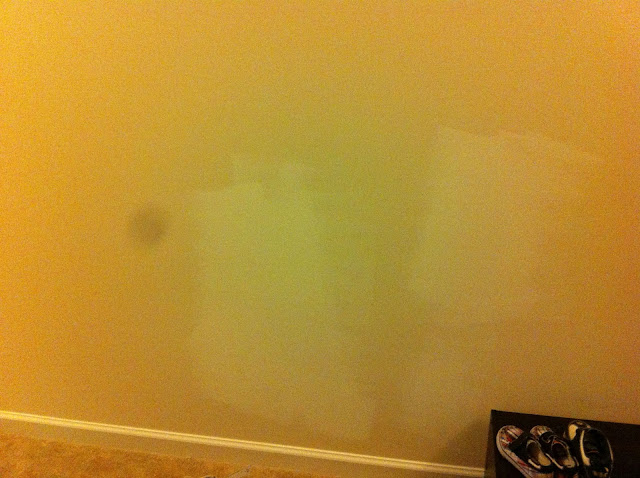 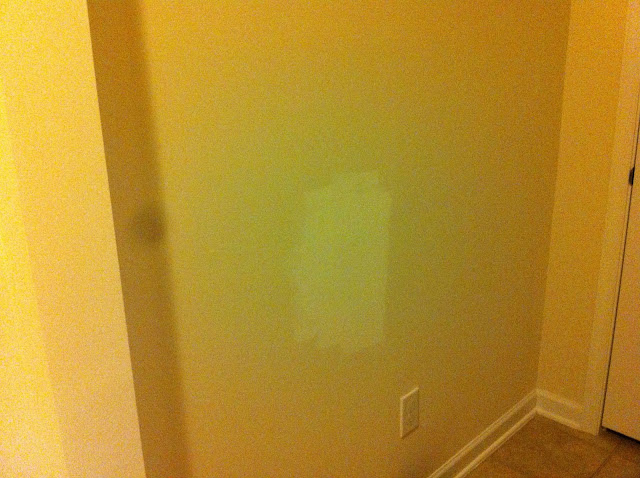 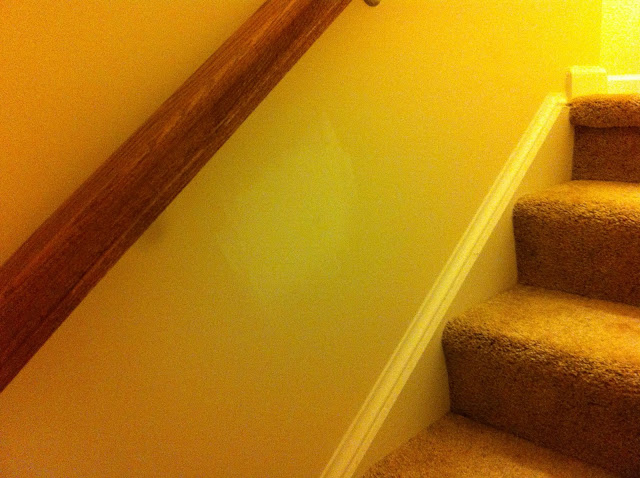 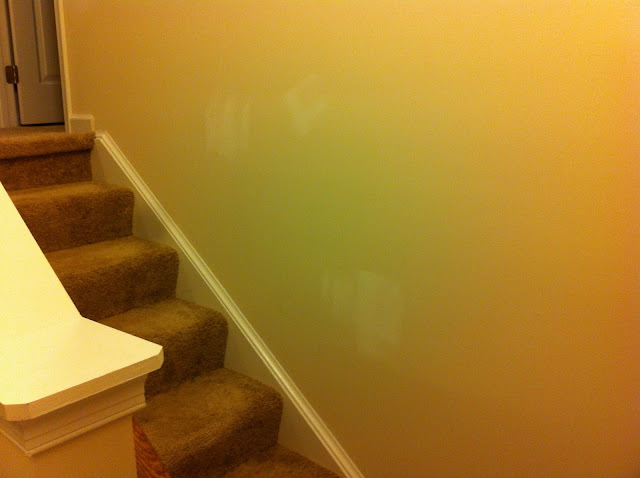 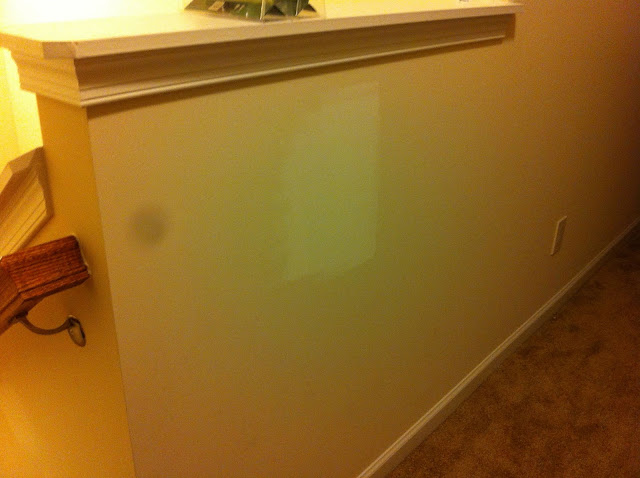 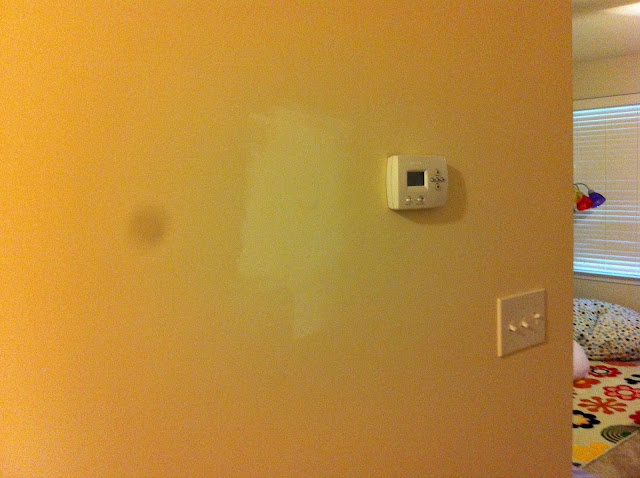 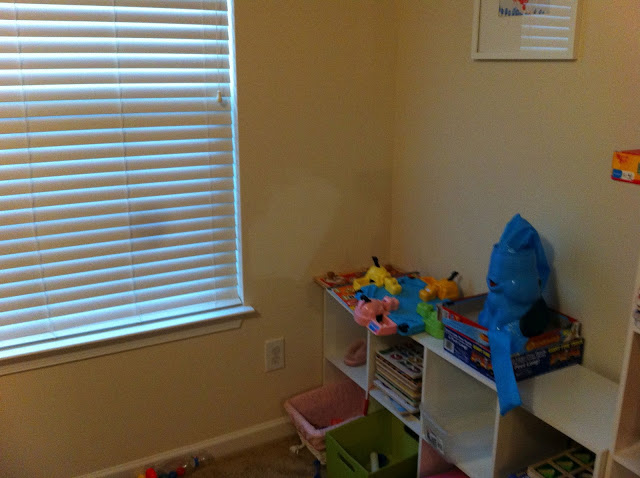 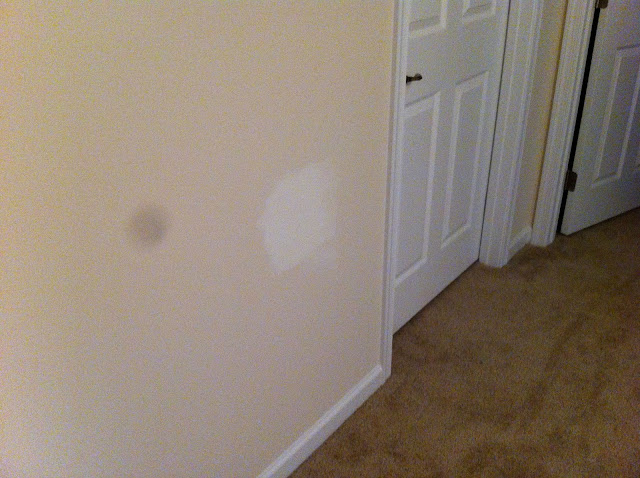 Poor hubs. I can't imagine what he was thinking as he was painting and the color was so much whiter than the existing wall color. I know he had to have thought it was just because the paint was wet and it would dry darker. But I can't believe he went about his task and hit almost Every. Room. In. The. Entire. House. to touch up the walls. It was very unlike him not to verify one small spot before moving forward to knock out the entire house.

As you can imagine, hubs made his way to Sherwin-Williams today to have a little chat with the guy (not the same guy). Let's just say Ryan uses a flat wall paint called "Divine White." The gallon Mr. Chatty sold me several weeks ago? "Dover White."

The best part of all of this? Hubs met a fellow new Ryan Homes homeowner at the paint store, who asked him if he used the coupon for free paint that Ryan provided in our "Welcome Kit."

Thankfully hubs was able to knock out the touch-ups to his touch-up painting in only 30 minutes or so. Whew!

I'll wait 'til morning to see if it actually matches this time or not. ;)
Posted by mom2lo at 8:32 PM