Today's post is from Amy, heart mama to sweet little Bodie (a.k.a. "Chase's little brother"). Bodie is a living testament to the power of God's healing touch! He's been through quite a journey, and it's such a blessing to see God's plan for his life unfold before our eyes!


On October 1, 2009, our world changed forever - the day we heard "your unborn baby has a congenital heart defect." Although we knew it was serious, it would take weeks and several more ultrasounds and fetal echoes before we would have a final diagnosis of Hypoplastic Left Heart Syndrome. Our sweet baby was to be born with half a heart.

We spent the next 4 months crying, pleading with God and praying for a miracle. We thought He would answer by healing our baby's heart before birth. But as God often does, he answered our prayer in another, much better, way. He gave us a little boy who would have more fight in him than we could ever imagine. A baby boy that would have not only half a heart, but odd genetic arrhythmias and a ridiculously low resting heart rate to go along with it, but who would fight on and astonish everyone. A baby who would be a daily testimony to the amazing power of our Lord. 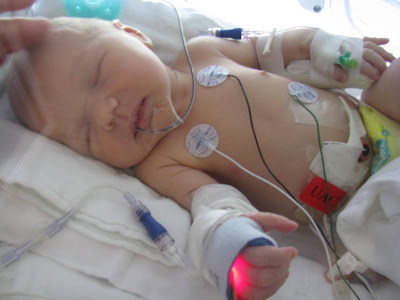 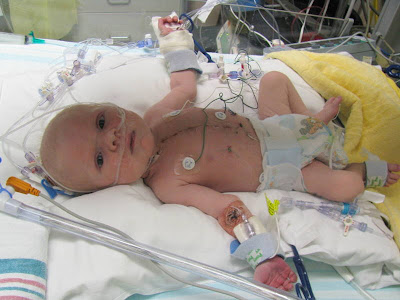 He had a fairly rough recovery, spending 3 weeks in the CTICU and an additional 2 weeks on the step-down floor, before finally coming home at 6 weeks old. He had a paralyzed vocal cord but managed to take all of his feeds by mouth (they were thickened), to the utter astonishment of all of his doctors and nurses. He also had an unexplained dependence on oxygen and was sent home on 1L of oxygen. Our life settled into a new "normal" between round the clock meds and oxygen. 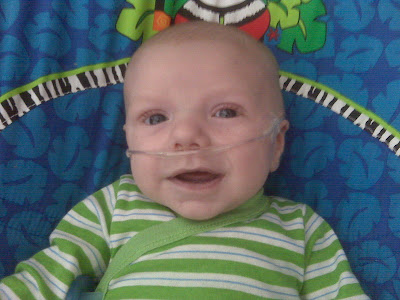 3 weeks later, he became slightly lethargic during his feeds, so I took him to the ER just to get him checked out. Within an hour of being there, his oxygen sats had dropped so low they needed to “bag” him and send him directly to the CTICU. By the next day, he was satting in the 60's and they didn't know why, so they sent him for a cardiac catheterization. He coded on the table, and again once he got back to his room. We almost lost him that night, until an angel of a doctor stepped in and decided to put Bodie on an external pacemaker. Within an hour, he turned around. A week later, he had his second surgery, to install a permanent pacemaker and take down his sano shunt and give him a BT shunt. He came out of surgery in great shape and flew through recovery, coming home just 2 weeks later!

4 days after that, he was readmitted to the hospital with blood in his stool. During the week it took them to determine than it was c-diff (a nasty hospital-borne infection), he contracted parainfluenza from a roommate. We almost lost him a second time as he was rushed down to the cticu and intubated. Once they got him on the right antibiotics, he was able to be extubated and recovered nicely. He was moved to the step down floor and spent 30 hours there before being rushed back to the cticu again in critical condition. He was again intubated and given medical support as they determined that he had an infection in his blood which turned out to be MRSA. He then spent 6 weeks in the hospital on iv antibiotics (5 of those weeks were spent in the cticu as he needed a heart medicine, milrinone, due to the beating his heart took from all of the infections). 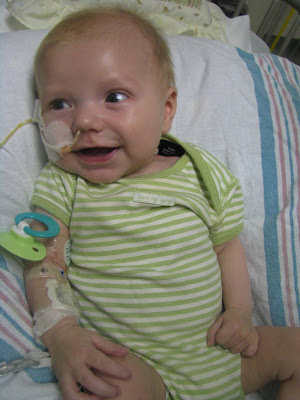 The day he finished his antibiotics, he was discharged (July 21st)! He then spent almost 2 months at home, growing and thriving. He did amazingly well while at home and we cherished our time together, as a family of 4, finally at home! On September 13, Bodie underwent his third open heart surgery, the Bi-Directional Glenn. Although he came out of surgery intubated and on nitric oxide (to help with his “twitchy” pulmonary beds), by all accounts the surgery was a success. He was extubated the next day and home 4 days later!

Bodie has been home since then and is thriving. He is gaining weight, growing teeth (and hair!) and LOVING life. He is a people person and loves to smile and laugh at anyone who looks in his general direction. He LOVES to eat, army-crawls everywhere, pulls up on anything in sight, cruises on furniture and loves to play with his big sister. He has PT to help him catch up in his gross motor skills, but other than that, is just like any other 1 year old. He is an absolute joy for us! 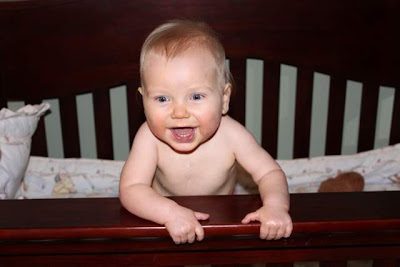 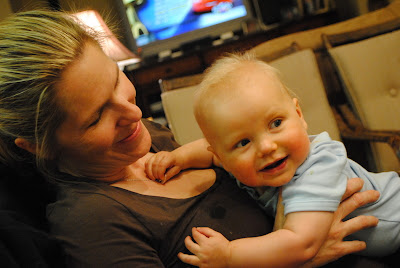 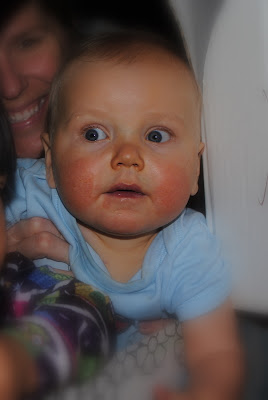 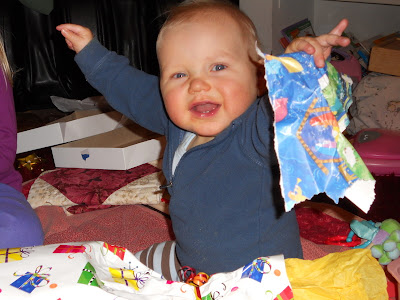 We know Bodie has at least one more surgery in his future, but we hope to get a reprieve from hospital stays until the Fontan (sometime between 3 and 4 years old), the "final" surgery in the 3-stage palliative surgeries used to treat HLHS.

Our sweet fighter has had a rough road to be sure, but God has answered the prayers of so many faithful people who have been praying without ceasing for Bodie and our entire family. We could not be more blessed to have him in our life. He has taught us so much about strength and determination and willingness to live. And about taking life one day at a time and enjoying the small moments. He loves life. He has no idea life dealt him a bad hand. He was born with half a heart, yes. But twice the spirit. Twice the determination. Twice the love.

We love our little man and would walk this journey again in a heartbeat!