I've been getting super-frustrated with pajamas for Chase. Apparently stores pretty much only carry the one-piece jammies that have snaps instead of zippers. While the snaps were extremely useful while we were at MUSC (since he had lines coming from everywhere), I don't much care for finding and matching up snaps at 3 o'clock in the morning after changing a diaper. So I've been on the hunt for pajamas with zippers.

I found some Carters zipper pj's at Target, but it's really weird because the zipper bulges right under his chin and just looks plain ol' uncomfortable. Plus they are really thin. Both my mom and hubs' mom bought some really cute ones from The Children's Place, but the zipper twists all crazy around his leg and they're almost impossible to zip up. VERY frustrating.

So, I found some pj's online at Gap and ordered the cute ones below to see if they're any better... ((keeping fingers crossed)) 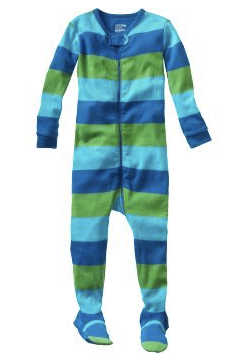 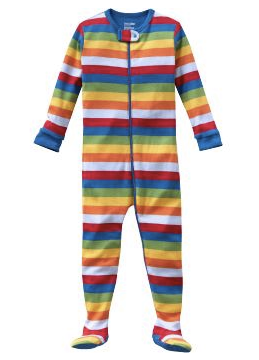