Sorry for the delay in posting Day 13... Honestly having Chase's surgery date change unexpectedly has thrown me for a bit of a loop! I was just about to the end of the "holding pattern" before I could start packing, only to be hit with an extra two days of waiting!

But first, a few quick additions from Day 12 (Friday). That afternoon the kids had a blast flying kites before dinner. 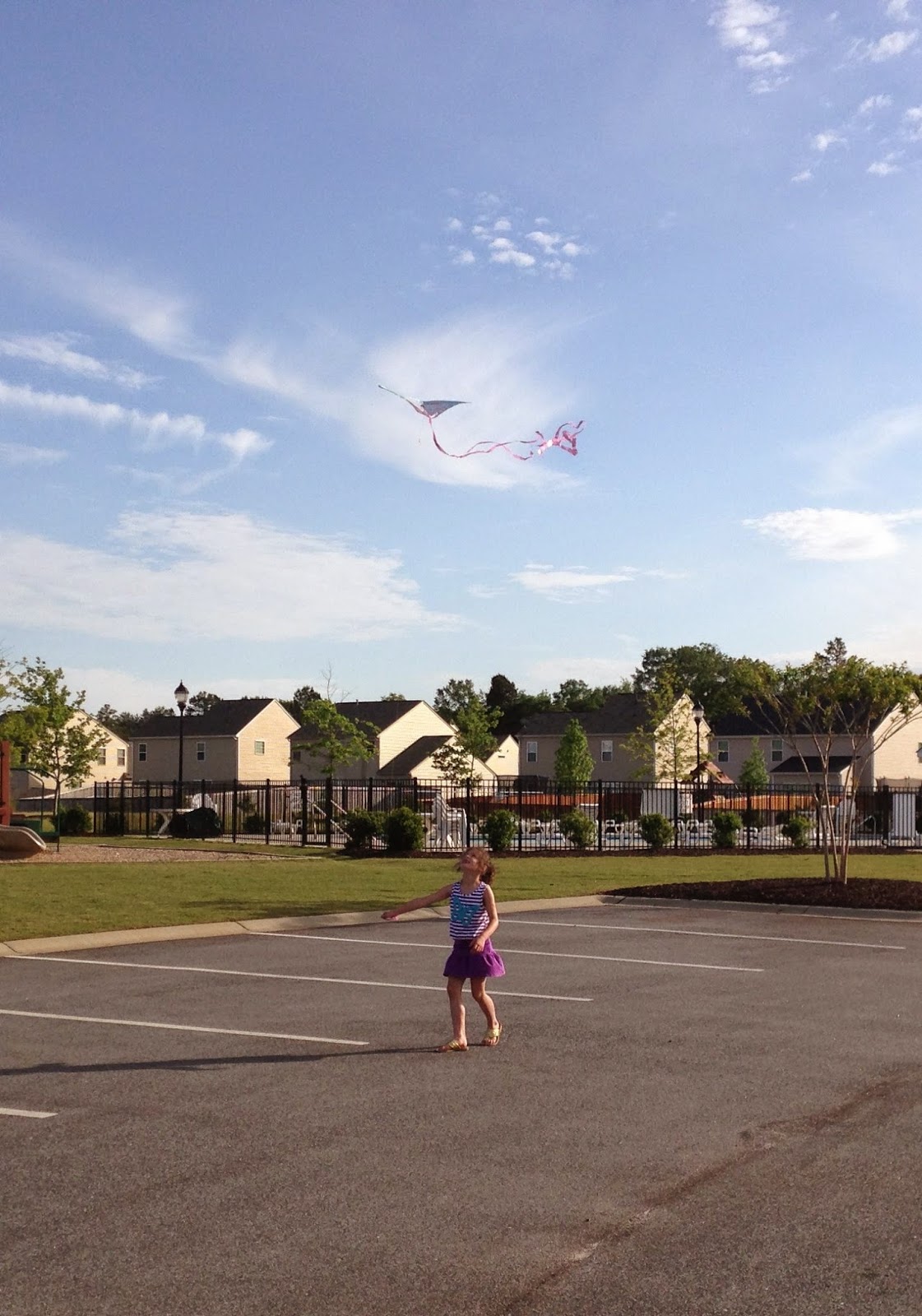 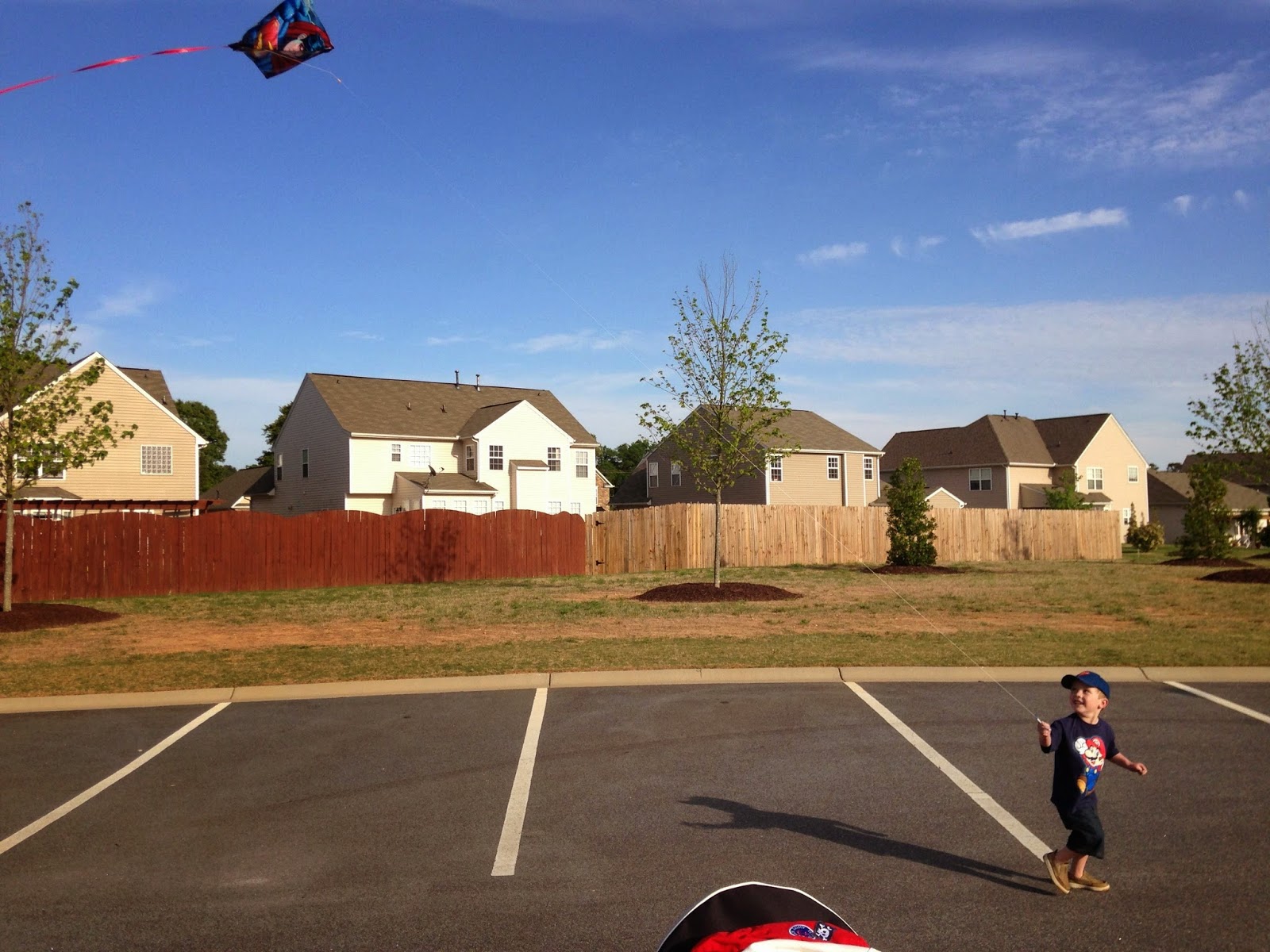 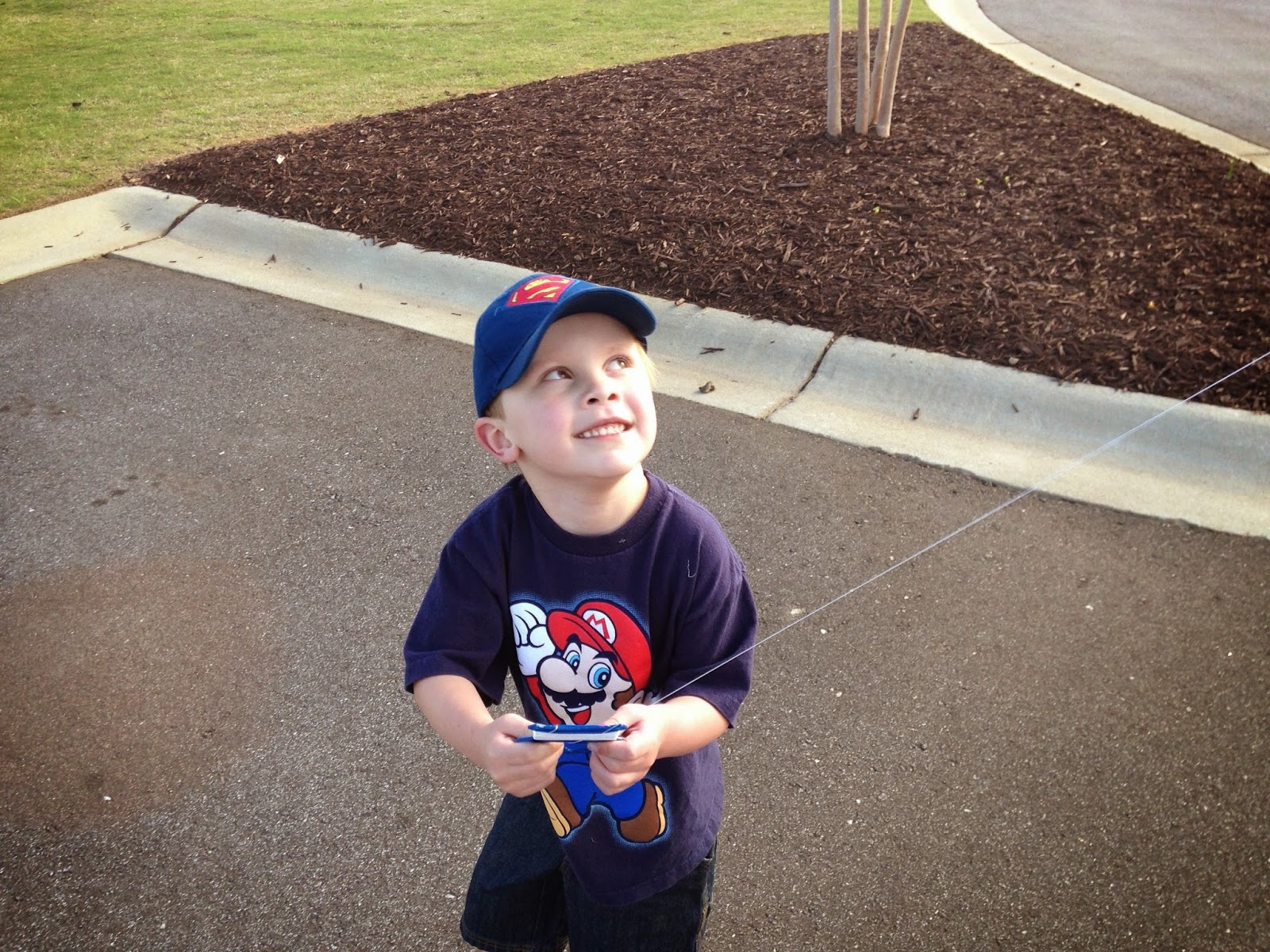 Here's a little video of Chase having fun with his kite. :)

After the kite excitement, it was inside to watch Friday Night's Feature Presentation, Walking with Dinosaurs. The kids really enjoyed it! Along with the popcorn and juice boxes, of course (please pardon the mess). 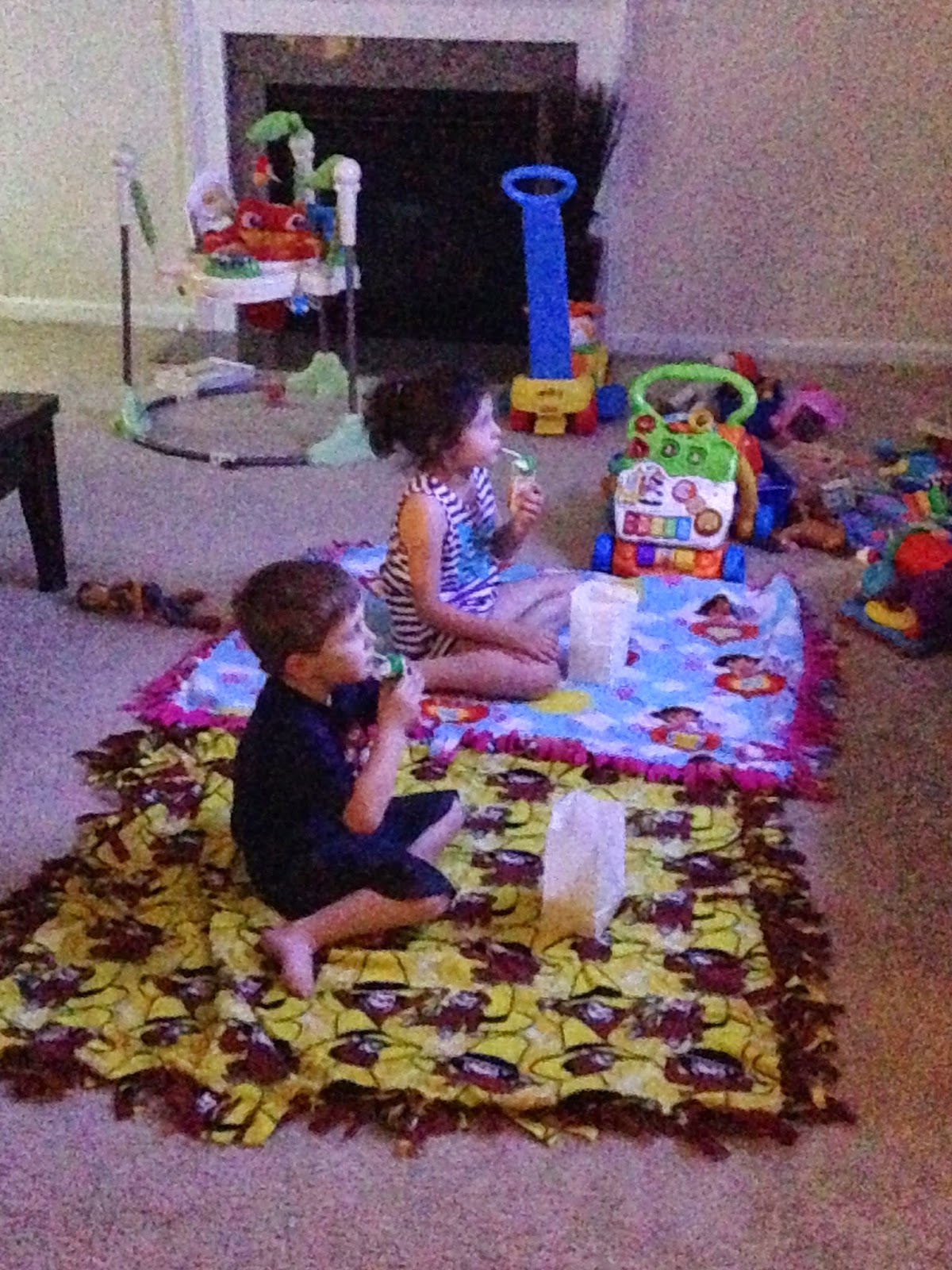 Now on to Day 13. It is truly a blessed day when I get to sleep in... especially on a Saturday!!!

I guess there really isn't too much to talk about here. It was a typical Saturday. Some laundry, some cleaning, some grocery shopping and napping. Overall a lovely day!

We had a "picnic" outside last night for dinner. Hamburgers, corn on the cob, baked beans, pasta salad... lots of the kids' faves. Not surprisingly, E just about ate his weight in food! He especially loved the hamburger! We've definitely got a carnivore on our hands. A cute one at that! ;) 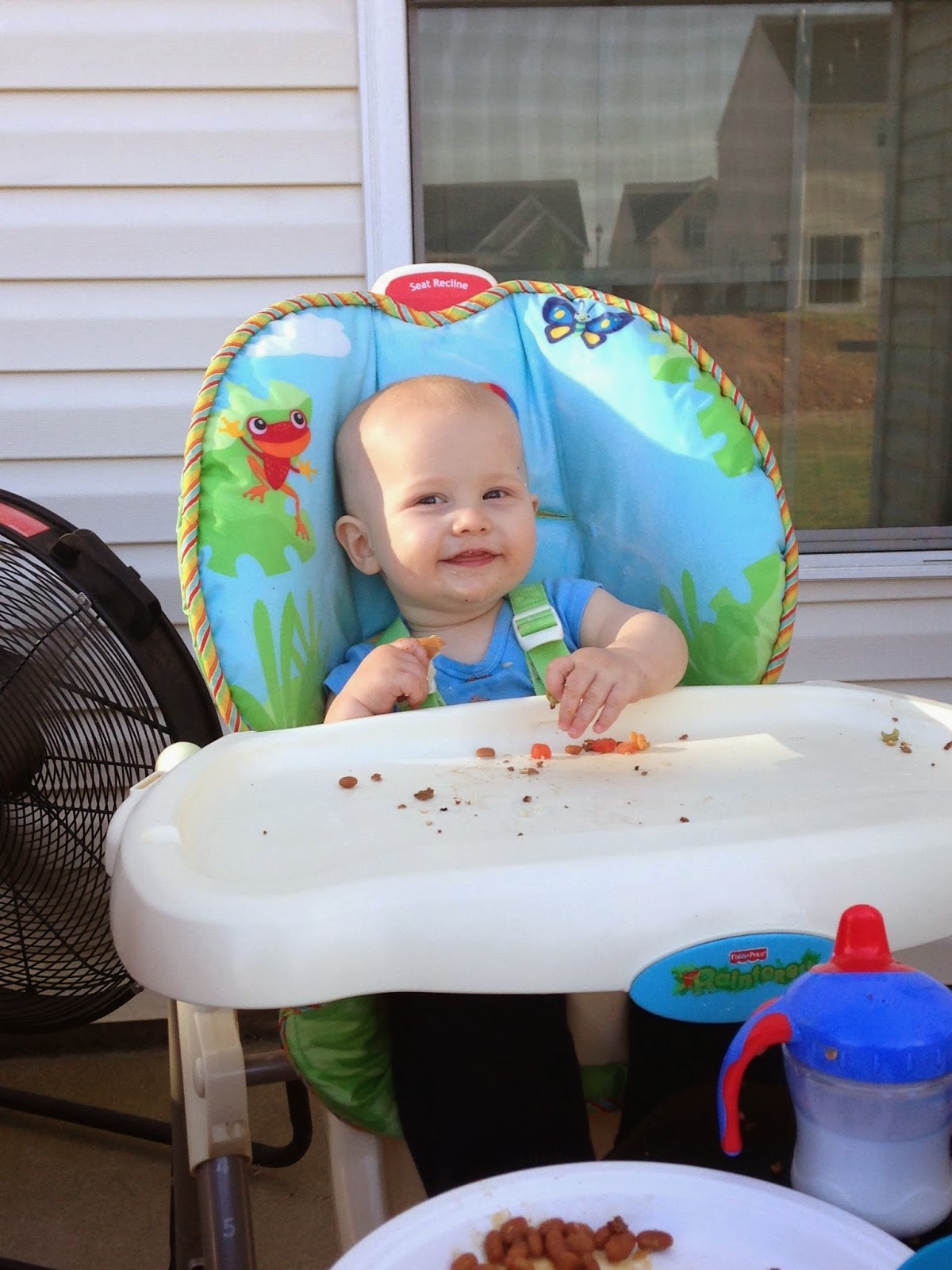 Yes, he's counting down how many bites he has left. Yes, he still has remnants of hot pink fingernail polish on his fingernails. 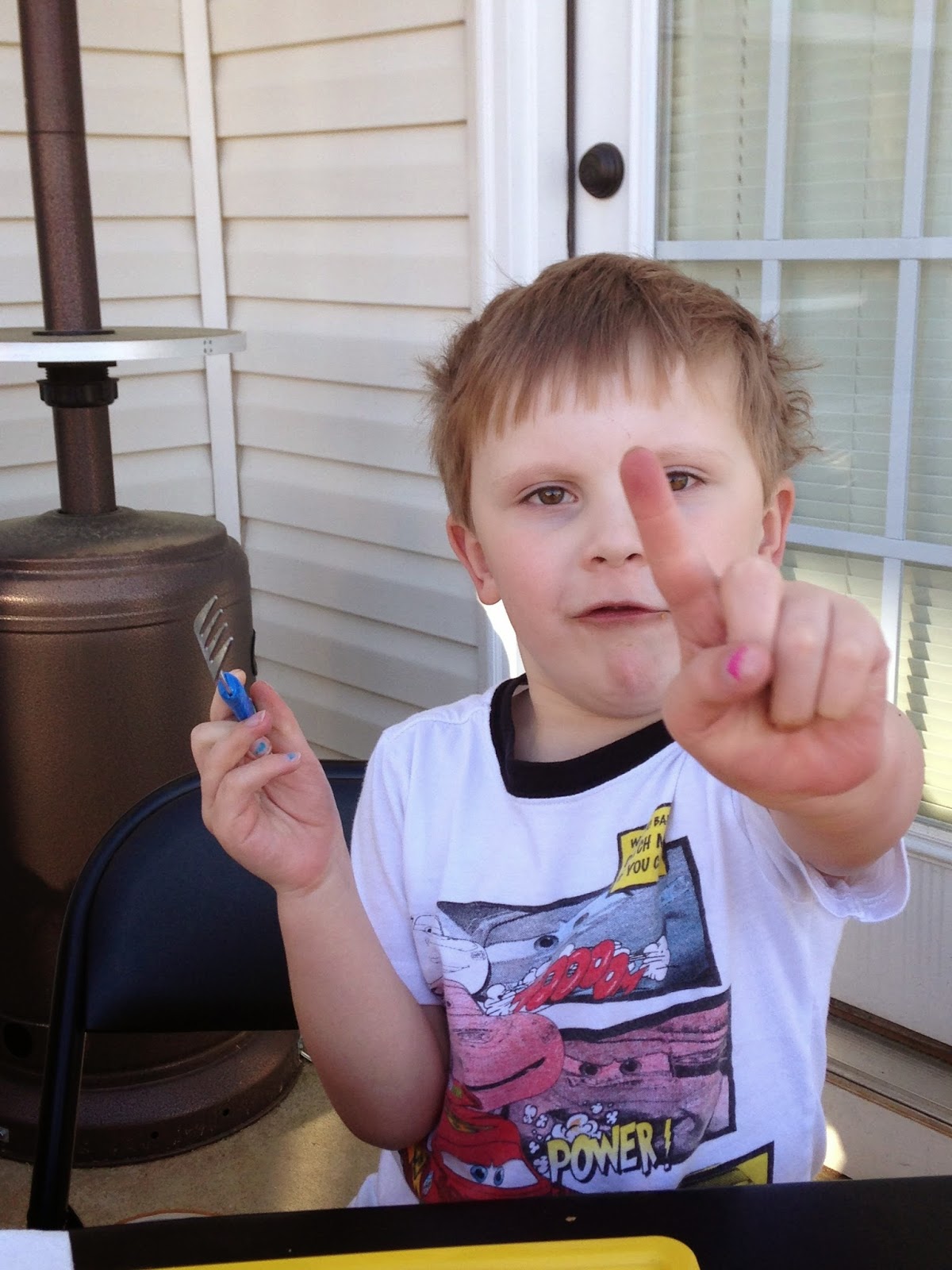 This girl has mommy's wild hair when it isn't properly cared for, but she seems to handle the afro much better than I do! I think she looks much cuter than I do anyway. 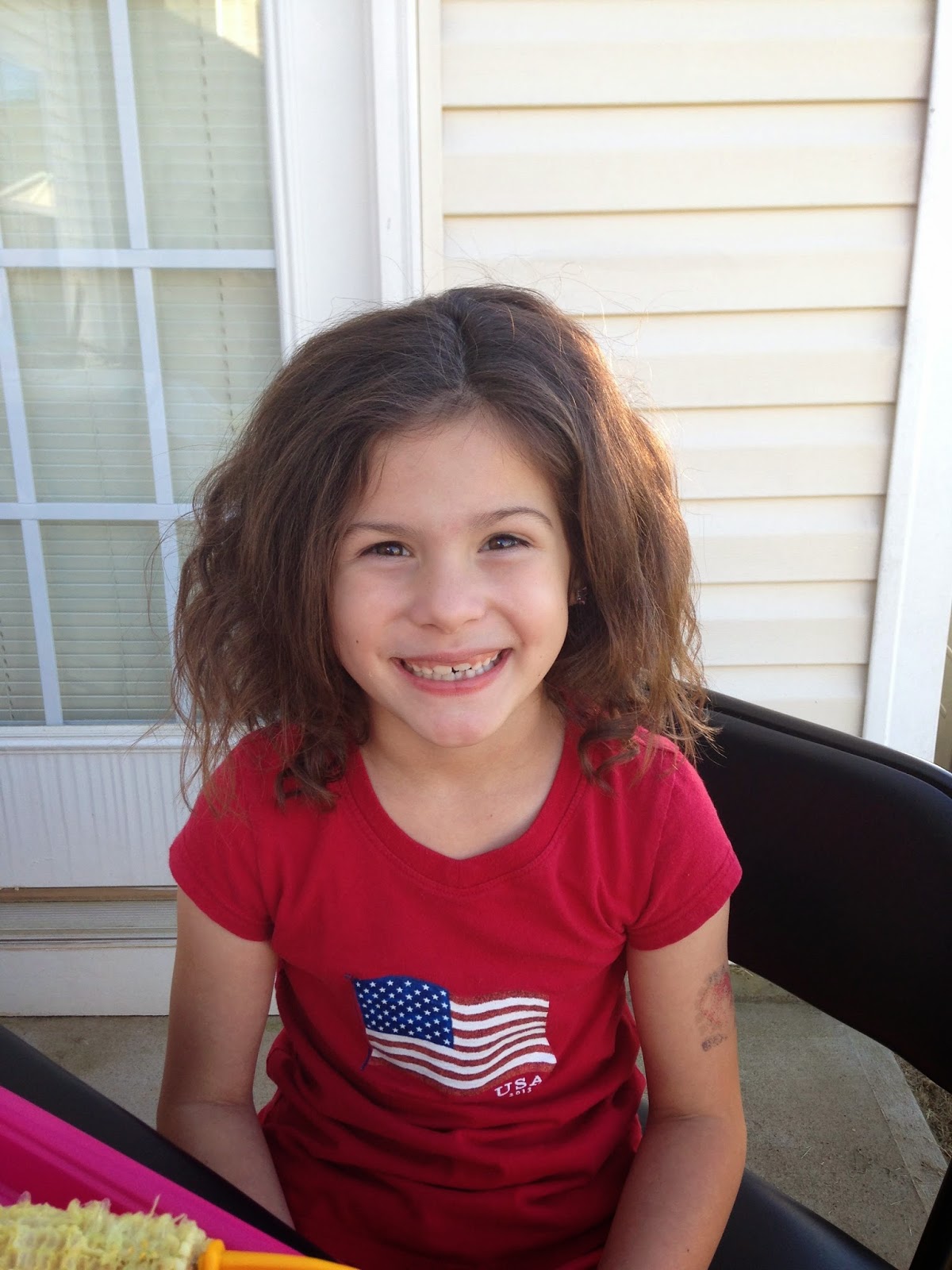 We followed dinner with ice cream cones, of course. There's an interesting story I'm calling "The Ice Cream Incident of 2014" that I must document here on the blog for my own memory purposes.

LO takes AGES to eat dinner. Literally, AGES. Everyone else is done and she's barely touched her plate (talk much?). Chase finished his dinner, so hubs went in and made him an ice cream cone. I'll be honest: it was ginormous. Way bigger than anything I would've made for a 4 1/2 year old less than 2 hours before bedtime. But whatevs, it was awesome. I ran out of room on my phone (no surprise there) and couldn't take any pics of Chase with his ice cream cone, but suffice it to say it was a large, chocolatey mess. So cute!

Ten light years later, LO finally finished her dinner and of course, was expecting an ice cream cone of her own. I went inside and prepared a modest 2-scoop sugar cone of deliciousness and brought it outside to her.

"Why does Chase get a bigger one?"

I turned around and walked back inside with it. She immediately went crazy and followed me inside saying she really wanted it. Feeling that she was way too greedy with her behavior, I removed the top scoop from the cone and set it on a clean plate on the nearby counter. I tried to return the rest of the ice cream treat to her, but she was upset and complained again.

This then prompted a face-to-face conversation about how the world doesn't owe her anything. That she can't just expect everything she ever wants to be handed to her on a silver platter. That she has to earn things with hard work, good behavior, etc. And that if/when she does receive something, she had darn well better say THANK YOU and be GRATEFUL for what she does get, instead of complaining about what she's lacking. More or less, I felt like I had turned into my mother. ;) IMO it was a great heart-to-heart and I truly felt like I had made a difference in her world by teaching her a very important life lesson. I then offered her the ice cream cone again, and she sheepishly said thank you. Then I forced a hug from her, causing some giggles.

In complete and udder shock & disbelief, I walked over to the counter, picked up the scoop of ice cream, walked toward her and dropped it into the trashcan 2 feet from where she was standing. The look on her face was priceless! She then said she was glad for the ice cream she does get to have and headed outside to join the boys.

It was classic! I honestly think watching that scoop of ice cream hit the trash made the exact point I had tried to make with her using my words. She even mentioned it to me again later last night, and wrote about what she had learned in her diary for us to talk about at bedtime.